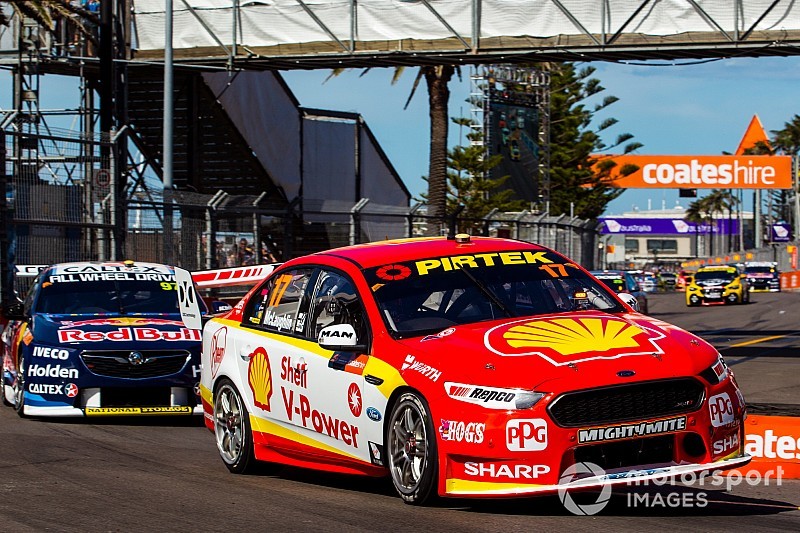 The Red Bull Holden driver's penalty was, mathematically speaking, a free kick for McLaughlin, shifting the equation from winner-takes-all to McLaughlin only needing to finish sixth or better.

However the newly-crowned champion says it only added to the pressure he was feeling heading into today's race, the situation too similar to last year's dramatic finale when McLaughlin only needed 11th or better to seal the title, before being rubbed out of contention by a pitlane speeding penalty followed by two separate crashes.

"I put more pressure on myself when he did get the penalty," said McLaughlin, who finished second today to claim a maiden title.

"I guess there was more to lose, kind of like deja vu with the same amount of the points gap to Jamie last year.

"It's something I've worked on since last year, you [can] count your chickens too early. When the penalty was handed down, I just pretended that it was still a two-point gap, and that's why when I got pole this morning I was pretty pumped about it. I was like, 'yeah, there you go, bang'."

McLaughlin also explained he didn't want the penalty to be the decider, making finishing ahead of van Gisbergen – which he did comfortably – important.

However he admitted that he needed to, he could have let van Gisbergen go.

"I really, really wanted to do that, but I understood my position as well, what we needed to do," he said. "Our objective was to stay with Shane and try to beat him."

In the end it wasn't van Gisbergen that McLaughlin had to yield to, but David Reynolds. While claiming it felt unnatural to hand over a win, he says it was the right decision for a greater good.

"The racer in me wanted to keep going and it was almost good for my focus, because basically from that point onwards I was looking in my mirrors and dawdling around," he said.

"It was pretty full-on. Obviously it was the right call and at the end of the day we won the big one."