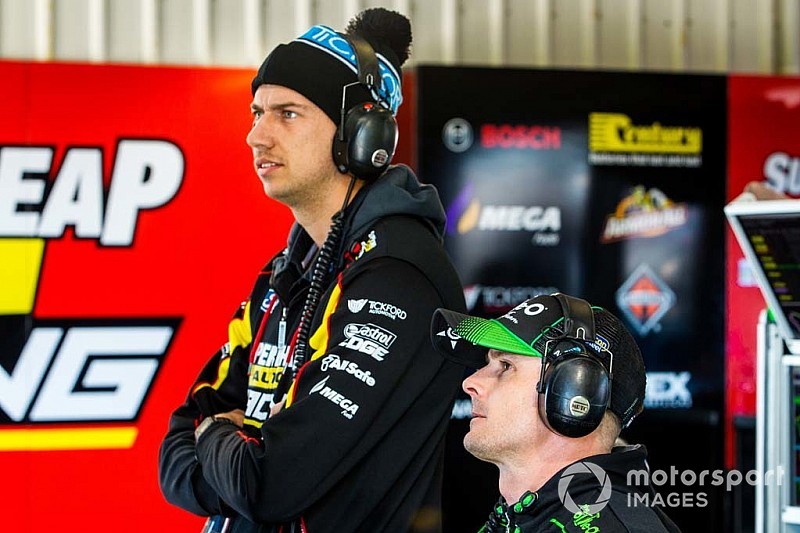 Winterbottom will split with Tickford after a 13-year stint at the team at the end of this season, with a move to the single-car Team 18 outfit widely expected for 2019.

The news itself wasn't entirely unexpected, with contract negotiations between Tickford and Winterbottom having dragged on for months before it was announced he would leave the squad.

However teammate Mostert reckons there was still an element of surprise with how it has played out, admitting that he thought the 37-year-old would see his career out at Tickford.

"First of all, he's been a massive influence on my career," said Mostert, who had been paired with Winterbottom at Tickford since 2014.

"I've been in the stable for quite a few years now and I've learnt a lot from him. He's an absolute professional [in front of] the camera, a great racing driver on the track, he's pushed us to a new level.

"It's a bit of a shame to see him go, he's been in that one team for so long I honestly thought he was going to retire there at some point.

"For me, it's sad to see him go. I've really enjoyed racing with him as a teammate and learnt a lot.

"It's going to be a big hole to fill there at Tickford."

Mostert added that Winterbottom long spell at Tickford probably contributed to the decision to leave, with a fresh challenge in fresh machinery a key motivator.

"You've got to look at ambition as well, this is probably maybe a new page for him, something different," said Mostert.

"If it's a different car or different manufacturer, it's exciting times for him too.

"If anyone looked at what drivers do off race weekends, how many days you're away, he's one of the guys that's really, honestly, the busiest.

"He's probably looking forward to bringing back the appearances a little bit, spending a little bit more time with his family, and he'll have a better balance of life with it as well."

Tickford's 2019 line-up is yet to be resolved, with one of its Racing Entitlements Contracts having been handed back to Supercars.

It's expected that the team will do some form of increased technical alliance with 23Red Racing, while there are ongoing question marks over Richie Stanaway's future with the squad after a difficult debut season.

The likes of Michael Caruso and Jack Le Brocq have been linked to the squad should it elect not to continue with the highly-rated Kiwi in 2019.

Mostert and Cam Waters are currently the only two drivers locked in at Tickford for the new season.

The Supercars rule that can't be enforced