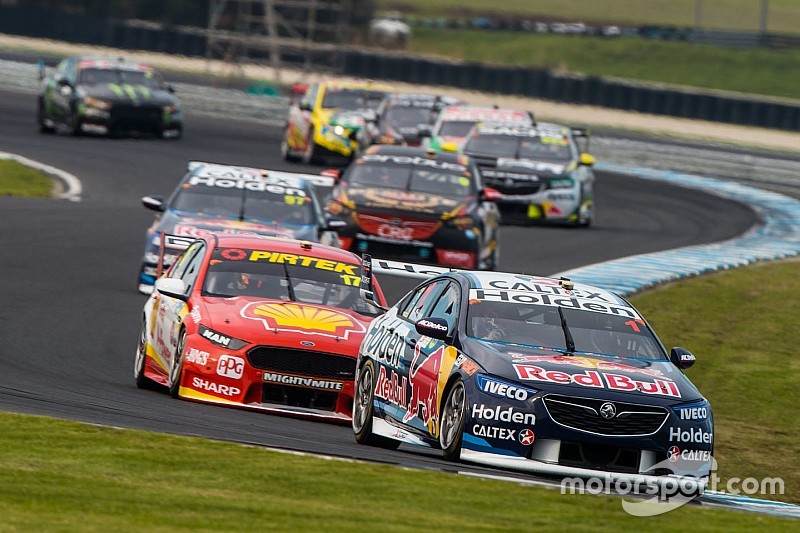 A new control ECU will be trailed at tomorrow's all-in Supercars test ahead of its introduction at the season-opening Adelaide 500.

Tested by Jamie Whincup while shaking down his new Commodore chassis last week, the ECU will be made available to all drivers at the all-in pre-season test at Phillip Island.

However it won't be made compulsory until the Adelaide 500, which opens the season on the first weekend in March.

The ECU switch comes as part of a technical shake-up that also includes banning twin-spring dampers in a bid to cut costs.

"There’s a lot of initiatives that have taken place to try and leave some of the labour that the teams are impacted by, and that’s one of them," said DJR Team Penske boss and Supercars Commission member Ryan Story.

"It’s all about trying to ensure there’s closeness in competition and some teams aren’t leaning their engines out too much and those sorts of things.

"It’ll be interesting to see how that plays out.

We’re pretty confident with that. It’s been quite a technical challenge for the category in bringing in those changes and I think that’s been quite telling in terms of the off-season break how much work has gone into that. We’ll see how it plays out.

"It’ll be interesting, but I don’t necessarily think it’ll shake the order up too much."

What could shake up the pecking order, according to Story, is the twin-spring ban.

"I think Erebus will come out of the box really strong, I think they’ve quite famously run [a] linear [spring set-up] and won Bathurst with it a couple of years ago, and damn near won the thing last year with a similar sort of set-up.

"I think it will shake the pecking order up a little bit. It certainly requires a bit less labour on mechanics pressing springs and getting things ready between sessions.

"It’ll be interesting to see how that plays out, but again it’s the same for everyone. We look forward to the challenge and we’ll make that work for us."

Reigning Supercars champion Scott McLaughlin agreed that the spring change could be a 'leveller'.

"The twin spring/linear stuff is a big thing," he said. "It's a big – in some ways – leveller.

"The twin spring was expensive to run and develop. I can understand why they've done it. Definitely for smaller teams, one-car teams, it'll help.

"It'll be interesting. For me that's probably the biggest eye-opener. That's what I'm going to have to get used to as a driver, because traditionally I did love a twin-spring feeling in the car.

"But we did run [linear] in the past and it worked better as well. It's just a matter of getting used to it."

Lowndes to be inducted into Hall of Fame