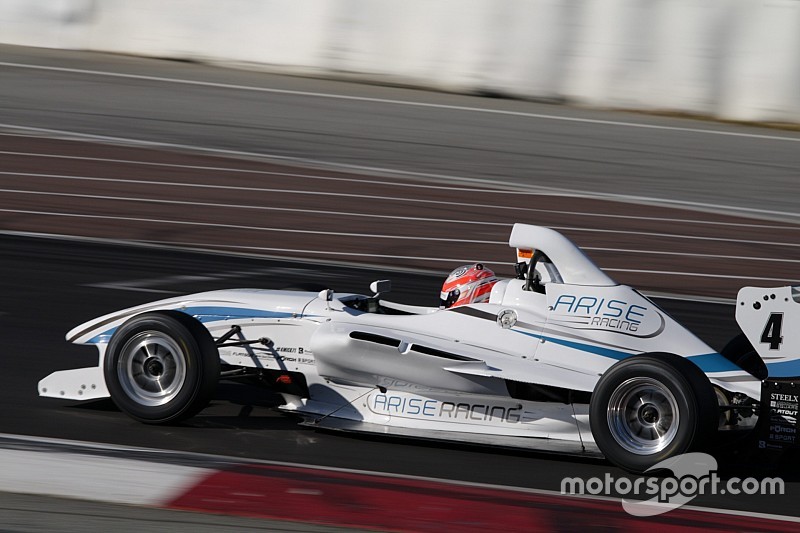 The Supercars ace accepted a last-minute offer to race a Formula 1000 car for Arise Racing at Barbagallo Raceway on Saturday, his first competitive hit-out in a single-seater since he raced in Formula MRF at the Indian GP in 2011.

However the Bathurst 1000 winner wasted little time getting back into the open-wheeler groove, grabbing a pole and all three race wins.

He also set a new lap record by six tenths of a second with a 53.079s, which would have put him second on the grid for both Supercars races at the circuit earlier this year.

"It was awesome fun," said Percat.

"It took a few laps to get the driving style sorted again and remember how I used to do it 10 years ago. They are awesome cars to drive, and the field is very competitive because the regulars cut hundreds of laps of that track. So there are some pretty speedy dudes, it was a real challenge.

"I'm all about learning more and keeping the brain active, because you can get stuck in a routine in Supercars with the way you go about it and think about it. That's why I keep doing other things. Turn 4 at Wanneroo in that car, there was no brake, and the mid-corner speed was 20 km/h up on the Supercar.

"So to turn in at full throttle, roll off for about 15 metres, and be straight back to 100 per cent throttle, that took a couple of laps to build up too. The braking markers were 50 or 100 metres later, depending on the corner."

The Brad Jones Racing driver is already eyeing a return to the F1000 series, with hopes of lowering the lap record under the 53s marker.

"We didn't even put a new tyre on it, so there's some margin there," he said.

"We've got a bit of a competition going with [Arise Racing regular] BD Soutar-Dawson and some of the other very talented driver coaches that drive those cars flat-out, so next time we'll all be on the grid and we'll all have a new set of tyres, and we'll see what they've got.

Percat is set to judge a driver search competition for Arise Racing later this month, the winner of which will have a fully-funded drive in Formula 1000 next season.