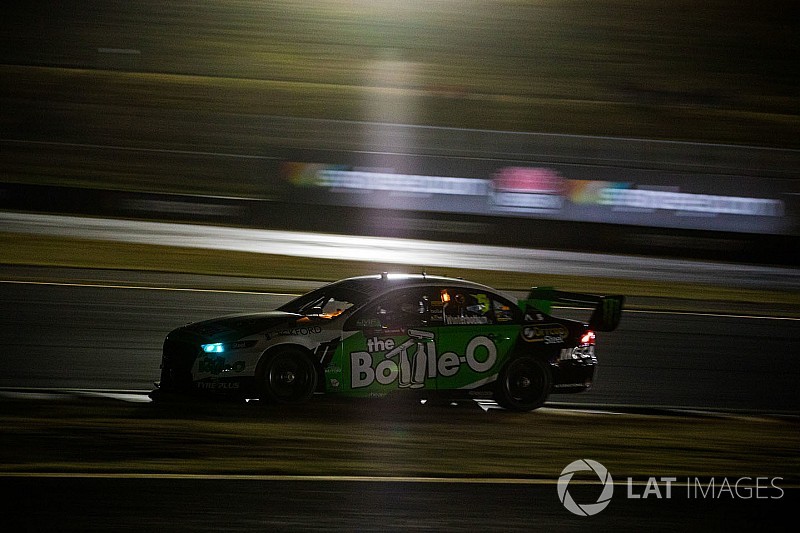 Mark Winterbottom says more than one Supercars driver should have been involved in the final stages of the light testing ahead of tonight's groundbreaking SuperNight race.

However it was Tander who got the best of the pre-event insight, conducting the final stages of light testing last Thursday night with race directors Tim Schenken and Michael Masi and driving standards advisor Craig Baird.

Tander was then one of the first to sample conditions in an actual Supercar, he and Rick Kelly heading on-track a few minutes before the first practice session to complete couple of demonstration laps for TV.

With drivers talking about how different the experience was compared to day time running, Winterbottom was left unimpressed that Tander was the only driver properly consulted about the final lighting layout heading into practice.

While all drivers were briefed following practice, the 2015 series champ said he would have at least liked to have had a track walk with the lights in place before being expected to barrel into the fast Turn 1 on his first flying lap.

"It would have been nice to have a few more guys involved [during light testing] last night, just to get everyone on the track instead of one bloke going around," he said.

"We come down Turn 1 on the first lap at 270 km/h, we should all have an opinion on the lights, not just one person.

"He's done a good job, but he got plenty of laps having a look at it.

"I'm not complaining, but it would have been nice to know what the light systems were going to be like.

"I don't think they need to do much [in terms of changes], because they spent so much time doing it last night.

"I would have loved a track walk at night time rather than at 8 o'clock this morning. Turn 1 looks massively different, the whole track looks completely different."

Only minor changes were expected to be made to the lighting system following practice.

The next time Supercars will be on track under lights will be the start of the sole 300-kilometre race.