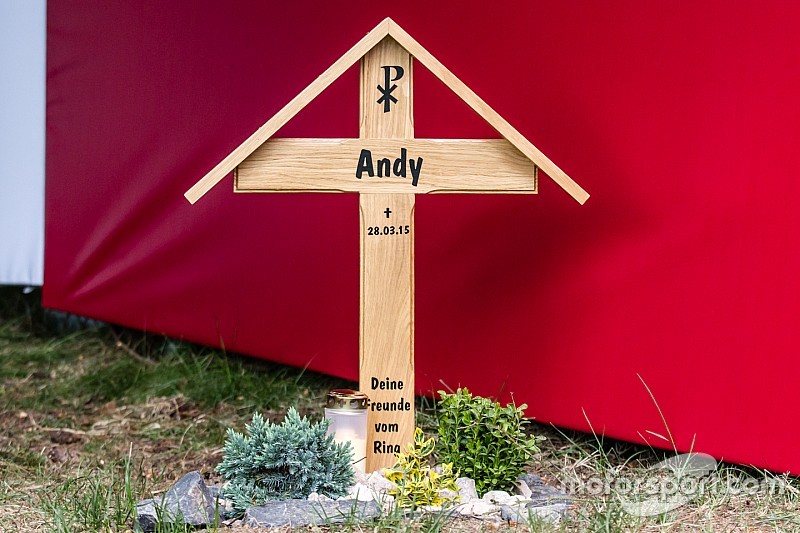 On March 28th, the opening round of the 2015 VLN season kicked off on the Nurburgring Nordschleife.

Things quickly turned tragic that Saturday afternoon when the Nissan of Jann Mardenborough got airborne at Flugplatz. It's not unusual for cars to get all four wheels off the ground at this notorious section of track, but what happened here was unprecedented.

In an accident reminiscent of the infamous flips into the trees by the Mercedes CLR-GT1 cars, the Nissan lifted off - and hurled itself over a catch fence, tragically killing a fan and injuring two others.

The DMSB immediately took action. GT3 cars were temporarily banned from the Nordschleife while the fatal accident was investigated.

“We cannot and will not go back to business as usual after an accident of this kind," said DMSB General Secretary Christian Schacht.

"We are all still deeply shocked and our thoughts are with the family of the victim. The security of the participants and especially the spectators must be a top priority. Therefore, we need to analyse the details of what happened, discuss and then implement the necessary measures."

Attention instantly turned to the Nurburgring 24 Hours -- the iconic endurance race (where GT3 cars are the stars of the show) was just six weeks away. What did this mean for the event?

Some suggested implementing 'spectator-free zones', similar to Le Mans. Mardenborough was uninjured in the horrifying crash, after all.

“You don’t want to lose the spectacle of a GT3 car racing around the Nordschleife," said Aston Martin factory driver Darren Turner. "There’s got to be a solution to keep the spectacle while making sure the spectators aren’t in any extra danger.

10 days following the tragedy, the ban was lifted as a new solution was decided upon. A strict speed limit of 200km/h (124mph) was to be enforced at the Flugplatz, Schwedenkreuz and Antiniusbuche sections of the mammoth track.  At The Dottinger Hohe, cars were not exceed 250km/h (155mph).

The DMSB also reduced power by 5 percent and introduced restrictions on certain areas for spectators. No accidents similar to the one in March took place again and the speed limit was lifted in November with new safety measures put in place.

Several upgrades are being made to the track and a resurfacing project is now underway at Quiddelbacher Hohe and Flugplatz with the objective to level out the racing surface.

For 2016, GT3 engine power will be reduced by 10 per cent as the DMSB takes every precaution necessary to avoid another tragedy.

Racing legend and DMSB President Hans-Joachim Stuck" “The terrible crash at the beginning of the 2015 season was a wake-up call for all of us.

"Suddenly, we saw that we had reached a certain limit."