Toyota has declared support for plans to introduce success ballast into the LMP1 class of the FIA World Endurance Championship for next season. 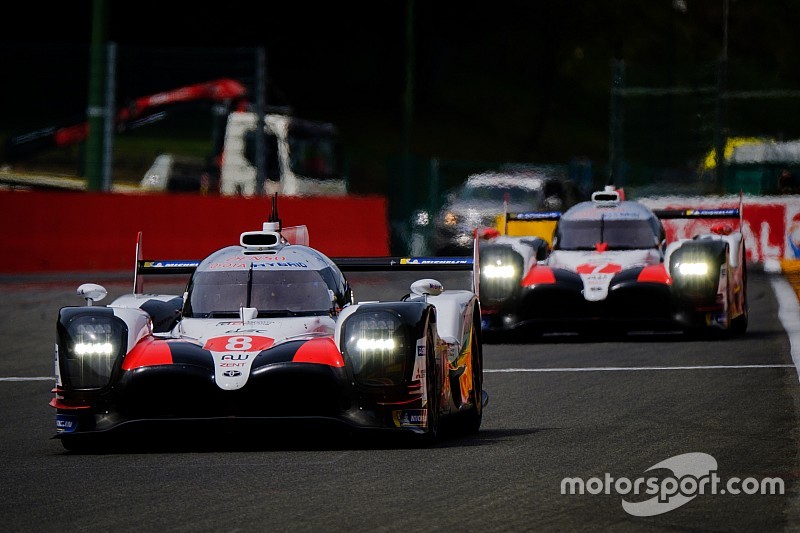 The Japanese manufacturer has revealed that it is collaborating on the ideas outlined by WEC promoter the Automobile Club de l'Ouest earlier this week as means of ensuring closer competition between the Toyota TS050 Hybrids and the non-hybrid privateer opposition in 2019/20.

Toyota Motorsport GmbH technical director Pascal Vasselon said: "We are working with the ACO and the FIA [which jointly write the WEC rulebook] on that — it is a joint effort, a group effort, a collaboration."

He stressed that "no one is fully happy with the Equivalence of Technology" used this season to try to balance the P1 field and that Toyota is "supportive of the idea" of enforcing handicaps based on race results.

"The idea would be that the EoT provides the base and on top of this we would have success handicaps," he added.

Vasselon explained that he used the term 'success handicaps' because the plans for the 2019/20 season starting in September go beyond the simple addition of weight to the cars.

"We are working on success handicaps, not success ballast," he said.

"With weight you have limits on what you can do; success handicaps means you can pile up several elements that influence the pace of the cars — it could be weight, fuel flow or energy [release by the hybrid system].

"You need to make sure the handicaps are bigger than the gaps between the cars — this is how you make the field converge."

He pointed to the example of Citroen's involvement in the WTCC in 2014-16.

"There was success ballast up to 50kg, but the gap between Citroen and the others was more than 50kg, so it was never doing the job," he explained.

He also stressed that it was also important to devise a structure for the success handicaps that did not create a situation where "people started playing and trying not to win races".

The new system will be different to the one that formed part of the original hypercar concept rules for the 2020/21 WEC published last December, Vasselon explained.

That was a cumulative system calling for 0.5kg to be added for each championship point scored by a car up to a maximum of 50kg.

He stressed that the system would only apply to the shorter WEC races and not to the Le Mans 24 Hours.