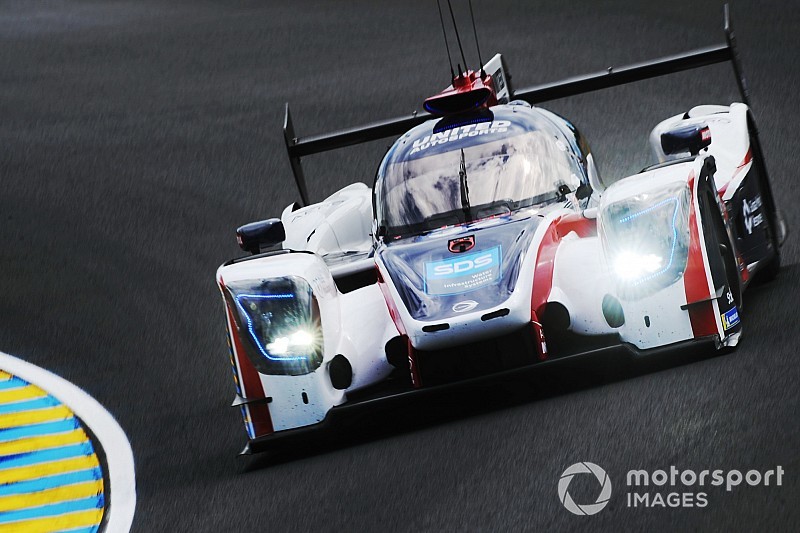 United Autosports will swap from a Ligier to an Oreca chassis for its maiden full-season FIA World Endurance Championship LMP2 campaign in 2019/20.

The team co-owned by McLaren Racing chief executive Zak Brown has revealed its intent to switch to the Oreca 07 from the Ligier JS P217 that appeared on the WEC entry list published last month.

United, which is also the UK importer of Ligier chassis, made the decision after the best of its entries finished fourth in LMP2 at last month's Le Mans 24 Hours.

The JS P217 shared by Paul di Resta, Filipe Albuquerque and Phil Hanson, who will drive the team's WEC entry, ended up three laps down on the winning Signatech Alpine Oreca.

United managing director Richard Dean told Motorsport.com: "I think we executed a pretty good race at Le Mans from a team and driver point of view, so it is hard to argue that we could match the best Orecas lap for lap.

"I don't think we have done a bad job with the Ligier and have won two races a season in the European Le Mans Series [in 2017 and '18]. But we were a bit outclassed at Le Mans and we are switching to the Oreca to see if the car is the reason."

Dean said that United is working to have an Oreca ready for the WEC Prologue test in Barcelona on July 23/24.

"WEC testing is limited and we don't want to waste an opportunity to start learning about the car," he explained. "It would be disrespectful to the opposition if we think that we can get an Oreca and unlock the potential straight away."

WEC rules only allow a team to switch chassis manufacturer once over the course of a season.

Dean stressed that the team's priority since Le Mans has been to prepare its two Ligiers for the Bareclona ELMS round the weekend ahead of the WEC test.

He would not reveal if the team has already taken delivery of an Oreca, but it is understood that United is buying one new car and has also purchased the two chassis previously run in the IMSA WeatherTech SportsCar Championship by JDC-Miller Motorsports.

Dean confirmed that the team would continue to field Ligiers for the remainder of this year's ELMS and said that no decisions on whether to move that programme over to the Oreca for 2020 had been made. The team also fields Ligier chassis in the LMP3 class of the ELMS.

"It will all depend on what happens with results in the WEC and the ELMS," he said.

Dean would not comment on whether United would retain its Ligier distributorship in the wake of the decision to run an Oreca in the WEC.