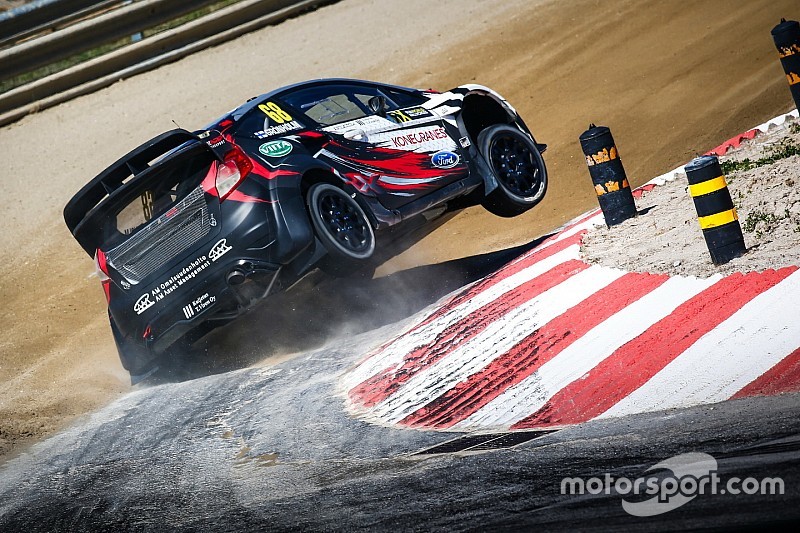 Two-time World Rally Champion Marcus Gronholm is in talks with Hyundai Motorsport about running a two-car Hyundai i20 team in the World Rallycross Championship next year.

The programme would initially be a private effort using 2016-based cars, run by Gronholm’s GRX concern together with multiple European Rallycross Champions SET Promotion, but the former works Peugeot and Ford WRC driver is hoping to attract official backing in the future.

“We have discussed with them [Hyundai], but the final decision will be soon,” Gronholm told Motorsport.com.

“I hope everything goes together, it’s not yet there and time is running quickly, we are in late November already.”

Asked of his motivation behind targeting the rally-based machine, Gronholm said: “We are hoping to get some support. It will not be a factory team at this point. A two-car team would be nice; we are working on that.”

Hyundai Motorsport team principal Michel Nandan has confirmed that talks are taking place. He told Motorsport.com: “We have spoken about rallycross and we have talked to Marcus. We are looking at some ways to do something next season with him."

Asked about speculation regarding Dani Sordo’s potential switch from the World Rally Championship to World RX, Nandan reiterated: “There is always a lot of talk and that’s all this is, some speculations.”

Gronholm’s son, Niclas, who has raced in World RX for the last two years, would drive one of the cars, but a decision on a potential second driver is yet to be taken.

“There are people who have contacted us, quite many actually. Of course this is the time that people are running around. I cannot say anything, we will see,” said Gronholm Sr.

Huttunen recently won Hyundai’s young driver shootout and secured a WRC2 programme with the marque for 2018, strengthening links between GRX and the Alzenau-based WRC team, while Gronholm has ruled Wiman out of a seat in his team.

“Joni would be, of course, very interesting, but when we don’t have the money we need a driver who comes in with some budget,” he said. “I would like to run Joni but I don’t think that’s possible.”

While Gronholm's focus is on getting a two-car deal across the line with Hyundai, GRX could run just one i20 for Niclas next season, or remain with the its current M-Sport-built Ford Fiesta if the Hyundai plans fall through.

“I hope we go through with the Hyundai, but otherwise we could run this one [Fiesta] which is not a bad solution, but of course everybody is going up. There is still a step in the engine after this [current] one, but it’s not far away.”

Norwegian driver Frode Holte has previously raced a privately-built Hyundai i20 in World RX events, and was reportedly in talks about to a possible manufacturer deal in 2014, when WRC ace Thierry Neuville was also linked to a one-off rallycross appearance in the car - but poor reliability halted the talks.

Scheider in talks to bring BMW to World Rallycross