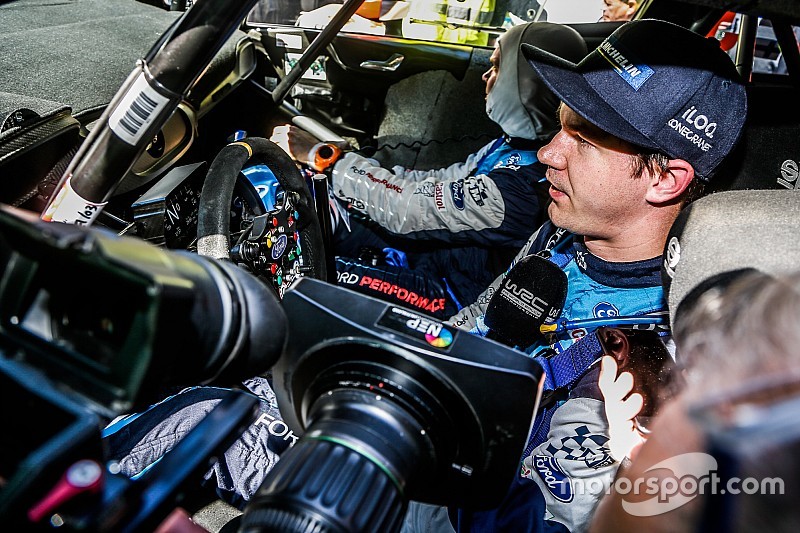 Suninen said the switch had come as he sought a more experienced co-driver alongside him for the rest of the season.

Lehtinen, who has 169 WRC starts (all but eight of which were alongside Mikko Hirvonen), replaces Marko Salminen, who completed his 31st WRC round in fourth place at Rally of Portugal earlier this month.

Suninen said: “I want to thank Marko because we achieved a lot together over the first half of the year: we won stages and led our very first rally. But I am still learning and having the experience of someone like Jarmo will be really important if I am to achieve my goals over the second half of the season.

“Rally Sardinia is quite familiar to me. This will be my fourth time there and I hope that helps as I get up to speed with Jarmo. With only a week since the previous event we haven’t had long to prepare, but if everything goes to plan I’m confident I can show the same pace I had in Portugal.

“We’ll need to be really focused, not only because this is a new partnership but also because this is a really tough rally. The stages can be quite rough so we’ll have to have to be careful to mark every stone on the recce.”

Lehtinen, who has contested two WRC rounds with Hiroki Arai in a Ford Fiesta R5 car this year, admitted he was pleased to be back on a more full-time basis.

“When Mikko stopped, I was ready to take a sabbatical and then find a new driver to come back," he told Motorsport.com.

"But then I was busy with Tommi [Makinen at Toyota Gazoo Racing] and suddenly three years had passed! It’s really excited to be back in the car. Sure, these new cars will be fast – but the old ones were quite fast as well!”

Hyundai wants to apologise to Loeb for Portugal problems

M-Sport: Sweden shows we are still a "threat"