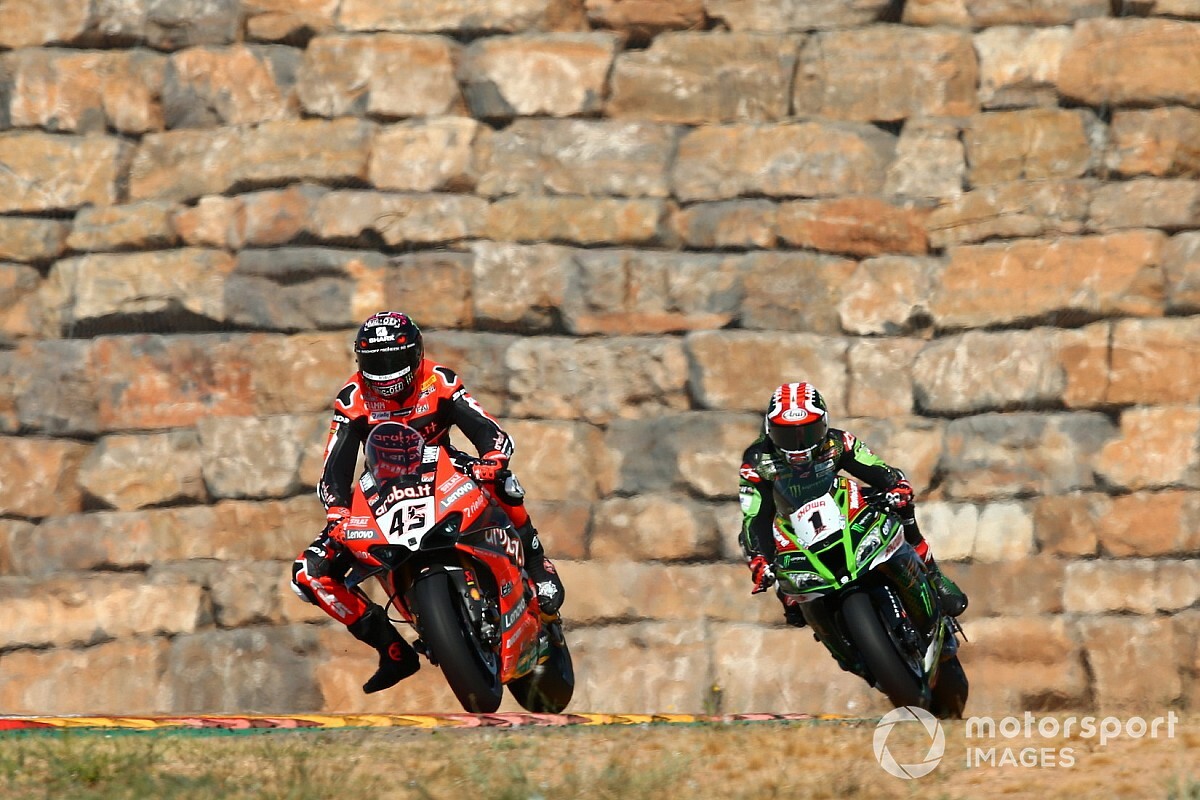 Scott Redding inflicted Jonathan Rea's first defeat in a Superpole race of the 2020 World Superbike season by grabbing victory in Sunday's first encounter of the day at Aragon.

Ducati rider Redding's championship hopes took a blow on Saturday as he crashed out of the first race of the weekend, giving Kawasaki rider Rea a 30-point lead in the standings.

But the reigning British Superbike champion struck back by passing poleman Rea on the opening tour of the 10-lap sprint race with a bold inside move at Turn 15.

Rea briefly retook the lead on the second lap only to lose it almost immediately, and spent the rest of the race in the wheeltracks of Redding.

The gap between the pair was just under a second at the finish, with Redding cutting Rea's championship lead to 27 points ahead of the second full-length race of the weekend.

Fourth place was much more hotly contested as Honda man Alvaro Bautista was able to battle his way past Alex Lowes (Kawasaki) at Turn 1 on the eighth lap, and then hold off a late charge by the second works Ducati of Chaz Davies to hang on to the place.

Lowes, still suffering from illness, had to be content with sixth ahead of the best of the Yamaha riders, Toprak Razgatlioglu, who ran fourth early on only to fade later.

Completing the points-scorers were Leon Haslam (Honda) and Tom Sykes (BMW), with Yamaha man Michael van der Mark missing out on a point in 10th place.