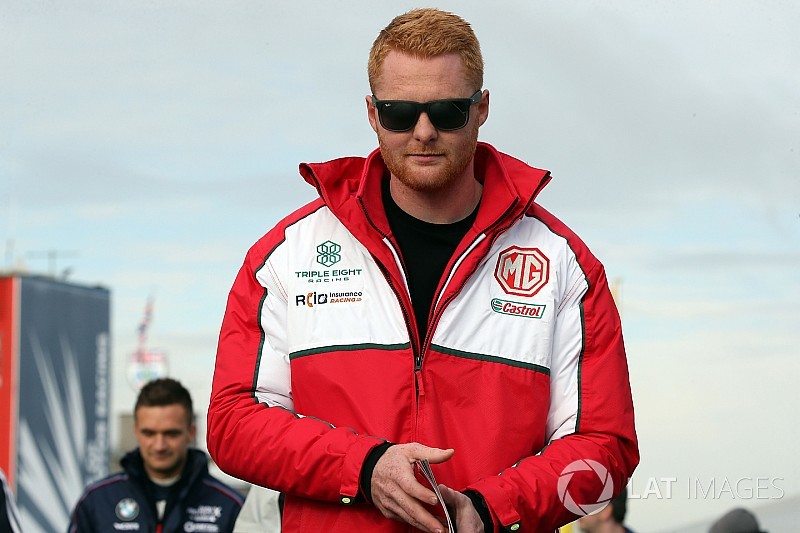 Josh Cook will rejoin the Power Maxed Racing team to drive a factory-blessed Vauxhall Astra in the BTCC in 2018.

The Bath racer made his BTCC debut with the PMR team in 2015 and scored a podium finish at Rockingham on his way to 15th in the standings.

Since then, he has raced with the Triple Eight MG team and had a short spell in the Maximum Motorsport Ford Focus last term.

Cook says the progress made by PMR, which built and ran the Astra for 2017, has tempted him to return to the Warwickshire team.

“I am so happy to be returning home to PMR,” said Cook. “I always wanted to stay [with the team] after winning the Jack Sears Trophy with them in both of our first years in the championship, but things just didn’t line up.

“I have watched them closely and visited the premises recently and there is no doubt that the team has managed to improve massively: investment has gone into all areas. The Astra looks so well built and I am excited.”

Power Maxed Racing boss Adam Weaver said: “I am delighted to welcome Josh back to PMR. We are a very different organisation to those early days and Josh has also developed as a driver. I am looking forward to a very strong season.”

The second Power Maxed Racing driver has yet to be announced.

The Astra has been presented in an interim livery at the Autosport International Show, and the final colour scheme for 2018 will be unveiled at the BTCC’s media day at Donington Park on March 27.