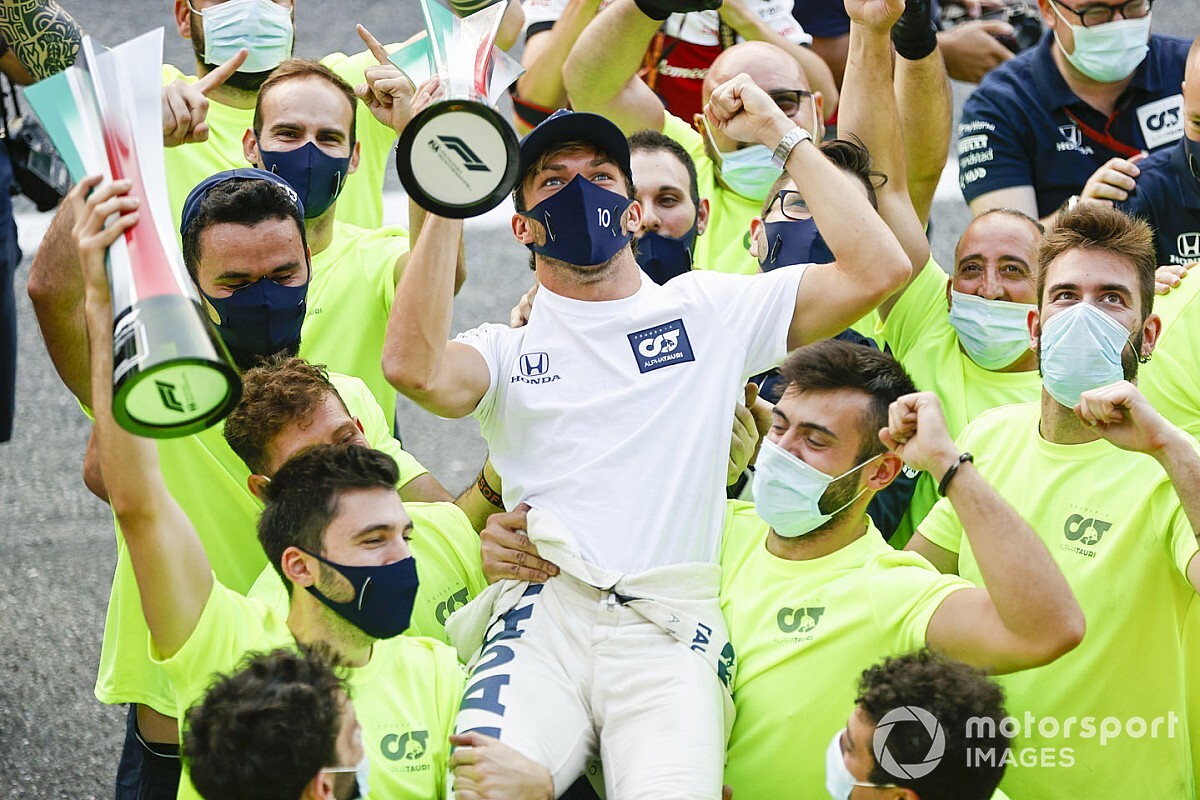 AlphaTauri's Pierre Gasly feels he is "ready" to return to Red Bull Racing should the team wish to recall him following his shock win at the Italian Grand Prix.

Gasly scored the first victory of his Formula 1 career at Monza on Sunday after capitalising on a red flag stoppage and a penalty for Lewis Hamilton, before fending off Carlos Sainz in the closing stages.

The win came just 13 months after Red Bull demoted Gasly back to Toro Rosso following a difficult 12-race spell at the start of the 2019 season, and marks Gasly's second podium finish after his P2 finish at last year's Brazilian Grand Prix.

Red Bull has repeatedly stated it is not considering dropping Albon, but Gasly said following his victory that he felt ready to return if the team were to bring him back.

"The only thing I've done since they moved me back to Toro Rosso has been just to focus on myself and just show what I can do.

"When I get the right tools in my hand I'm really happy that the performance we've shown. I'm not only talking about Brazil but I think generally, we've been pretty strong most of the time.

Gasly's victory was only the second in the history of the Faenza-based team, the first coming courtesy of Sebastian Vettel at Monza in 2008.

The Frenchman took pride in having such an important place in the team's history, and said he hoped his good form would be rewarded.

"There have been many, many strong drivers in Toro Rosso," Gasly said. "I'm really happy to be one of the two that have managed to get a win for this team.

"I guess the strong results should be rewarded with something, but we will see what happens. At the moment it's not something I really want to think about. I just want to enjoy this moment, because it's my first win in F1.

"I will have time to think about this later."

How low can you go? Skinny Monza F1 wings explained

Gallery: Showdown between Schumacher, Villeneuve in 1997