Kimi Raikkonen says it's "odd" that the FIA has been pushing its "let them race" philosophy and yet situations like Sebastian Vettel's controversial Canadian GP penalty still arise. 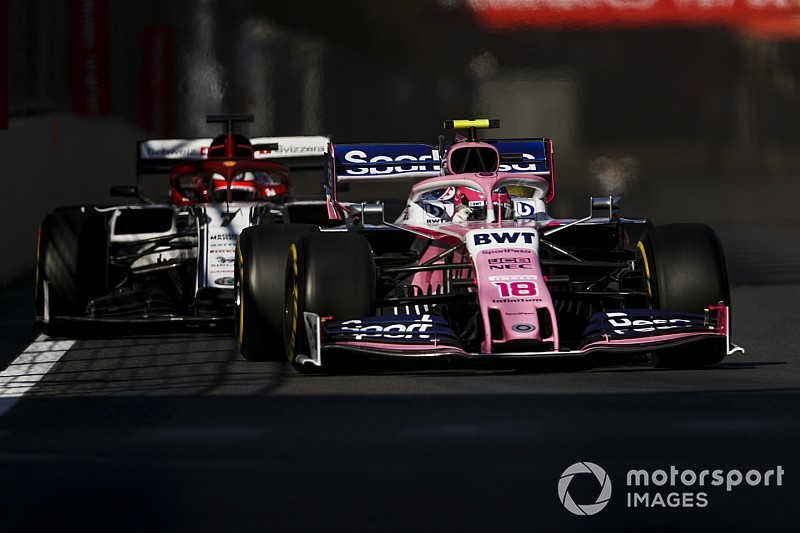 The Finn was one of many drivers to voice an opinion at Paul Ricard as the Montreal incident continues to dominate paddock conversation.

Raikkonen pointed out the apparent disparity between the let them race philosophy, which was discussed in a meeting in Bahrain between the FIA stewards and the drivers earlier this year, and some of the decisions that have been made.

"The odd thing is that they keep telling us this year that we're more free to race," said the Alfa Romeo driver.

"And then this kind of thing happens, which is absolutely no one's fault, and people get penalised. What has been said what's been done, somewhere along the line they don't match always.

"I guess the stewards are in a difficult position, and whichever way they give the ruling on many things there are always going to be happy and unhappy teams."

Asked by Motorsport.com if he'd like to see more freedom, Raikkonen added: "That's what's been said, that's what's been told to us. But if you look at some things, it's definitely not quite right. Yeah, freedom in a smart way.

"But when you start pushing obviously somebody off, or doing something stupid – I think as drivers we all know or should know at least what is fair and you can accept, and there are other things that are not. As long as there's fair fighting, it's OK."

"I'm a big fan of hard racing, but obviously fair racing as well," said the Mercedes driver. "Sometimes I'm wondering why there's always need to always give a penalty to one party if there's, for example, a collision with two cars. That's my view obviously.

"But obviously there are rules and we need to stick with those and to be fair. In general, I like hard racing, sometimes it would be nice to get and see less penalties."

Kevin Magnussen suggested that drivers should be allowed to "get on with it a bit more," pointing out that safety improvements meant that

"Sometimes you get penalised and think 'what was the point?'," said the Dane. "It's because there are these rules and they want to try to be consistent, so they want to penalise things that seem like a small thing. The small things have to be penalised if you have those rules.

"You can't only have the high-profile incidents. That's why I think they should let us get on with it a bit more. I'm not saying we should compromise safety, but I don't think there's a safety issue at all. I think it's very safe, the cars are so safe. You can hit the wall like I did in Montreal and it doesn't even hurt."

Vettel, the man at the centre of the current controversy, said the drivers want to see consistency.

"Obviously the GPDA speaks on behalf of all the drivers," said the former world champion. "And I think we've expressed more than once that what we want is consistency with the decisions.

"Obviously we appreciate that it's not always easy, not every case is black and white, but that's why we asked to let us race, to give us room and so on, which I think is what we want and ultimately what everybody wants."