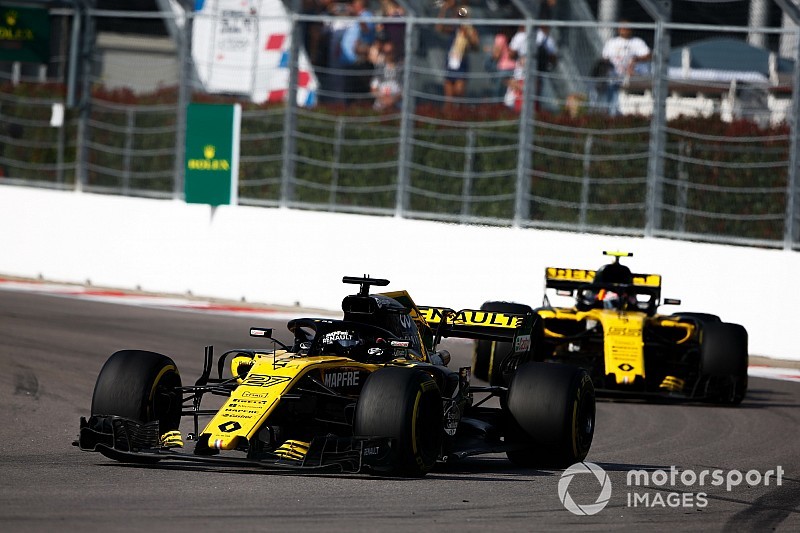 Renault Formula 1 driver Nico Hulkenberg believes the team has “lost out a little bit” in the Formula 1 development race.

After starting the season as the most consistent fourth-best team on the grid, Renault's points return has slowed down and it has been outscored by Haas and Racing Point Force India across the five races since the summer break.

That has put its fourth place under threat from Haas, which trails Renault by 11 points, while in Singapore and Russia Renault was also beaten comfortably for pace by Sauber.

Asked by Motorsport.com about the development battle, Hulkenberg said: "I feel during the course of the year we lost out a little bit.

"Earlier in the season we were more clear the fourth team and that's slipped through our hands a little bit.

"In the middle of the year and later the year, we did bring parts, but it seemed like others maybe their rate of progress was more – better, quicker.

"It seems to me a bit that way in the last few grands prix."

The works team is not using its upgraded F1 engine because of reliability concerns and it introduced its last major chassis upgrade in Russia last week.

That means, unless it opts for the more powerful but less reliable engine, its specs are set for the rest of the season.

Had Force India not fallen into administration and been rescued in the form of a new entry, it would be three points ahead of Renault in the fight for fourth.

"If you see the last few events and given that this is a power sensitive track, it's not going to be easy for us with Haas, Force India and recently the Sauber, who really picked up the pace," said Hulkenberg.

"It's there or thereabouts, so we have to stretch ourselves and get the best out of it."