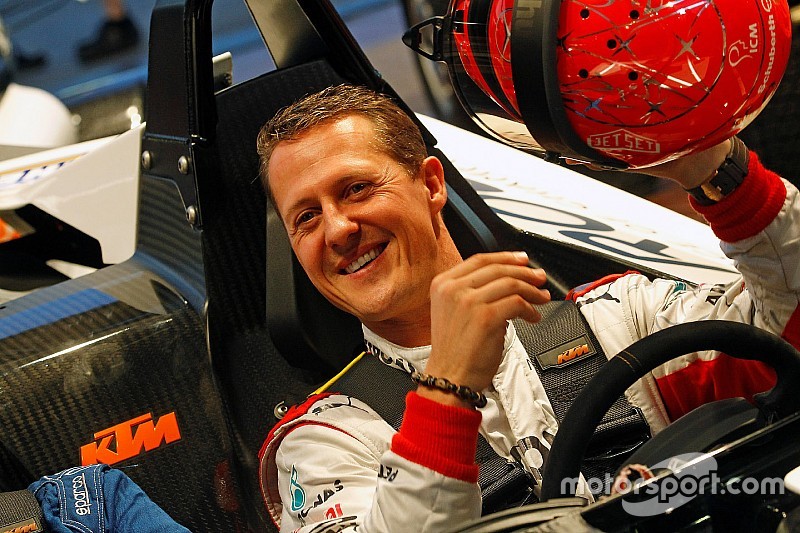 Spanish authorities have blamed a mistranslation for fuelling incorrect media reports that Michael Schumacher was poised to move to Mallorca while he continues his recovery from a head injury.

Widespread reports over recent days suggested that Schumacher's family was poised to move away from its current residency in Switzerland and relocate to Mallorca.

This came on the back of it emerging that the family had purchased a new house on the Spanish island.

However, Schumacher's management quickly moved to deny the reports that Schumacher would be leaving Switzerland.

His representative Sabine Kehm told Motorsport.com: "The fact is the Schumacher family does not plan to move to Mallorca."

Now, Spanish authorities in the Mallorcan town of Andratx have issued a statement to clarify the situation and make clear that there was never a suggestion from its representatives that the Schumachers were moving there.

The statement said that quotes attributed to the Mayoress Katia Rouarach claiming that Schumacher's move was happening had been misunderstood.

"In reference to the latest news related to Formula 1 driver Michael Schumacher, his family, and the municipality of Andratx, the Town Hall of Andratx wants to clear that the words attributed to Mayoress Katia Rouarch are not correct and are probably the result of misinterpretation or misunderstanding, perhaps due to language translation," said the statement.

"The Mayoress of Andratx, in a recent interview for the Swiss magazine l'lllustré, confirmed the information already known that the Schumacher family bought a house in Port d'Andratx.

"Our Mayoress Rouarch didn't say that we were preparing to receive Schumacher and that the local security services have been informed about this arrival.

"The only thing that Rouarch declared to the journalists was that, 'in case the family decides to move here, we will be prepared for their arrival. In this case they would be treated as any other citizen of Andratx'.

"These words don't mean that Michael Schumacher and his family are going to move here, and much less that the mayoress or the City Council has knowledge of it."

The statement added that, should the Schumachers ever decide they wanted to move to Mallorca, then they would be welcome.

"With this communication we want to reiterate these words were meant just in case the family come here," it said.

"Obviously, in that case, Michael Schumacher and his family would be welcomed in our municipality."

Schumacher continues to recover at home from the serious head injuries he suffered in a skiing accident in 2013.