Top statistics from the Malaysian GP

All the important statistics and figures from the 2017 Malaysian Grand Prix, won by Red Bull's Max Verstappen. 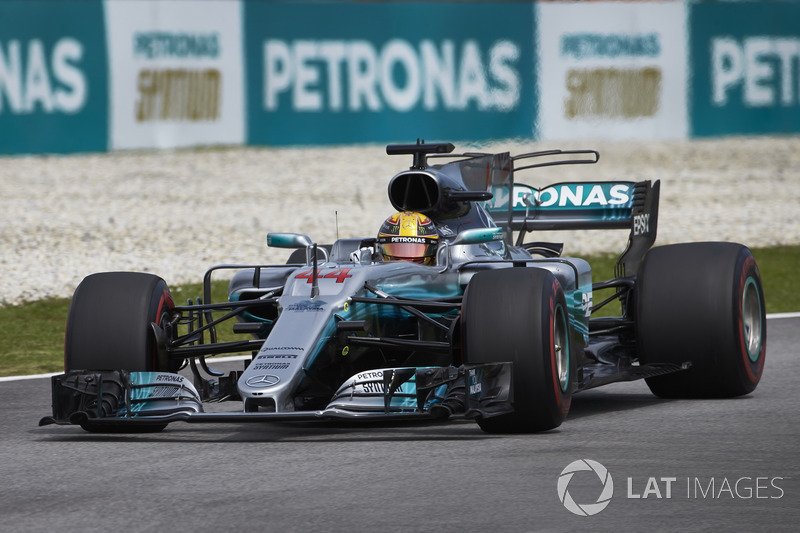 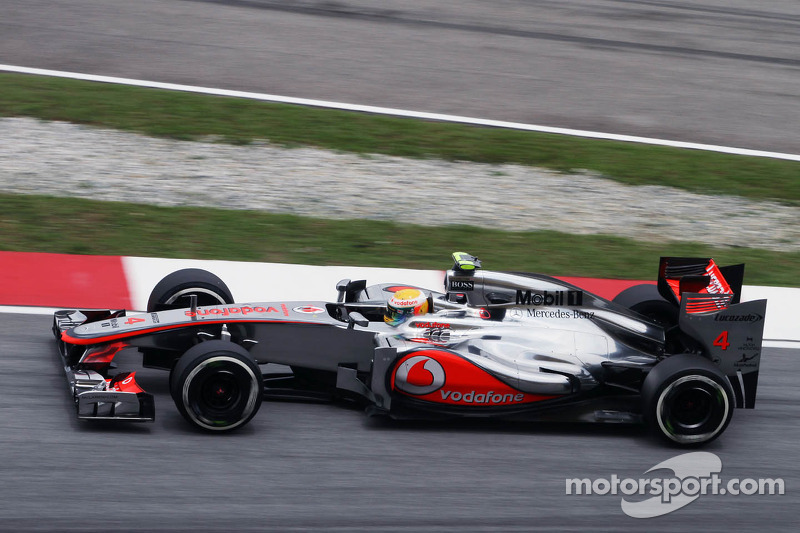 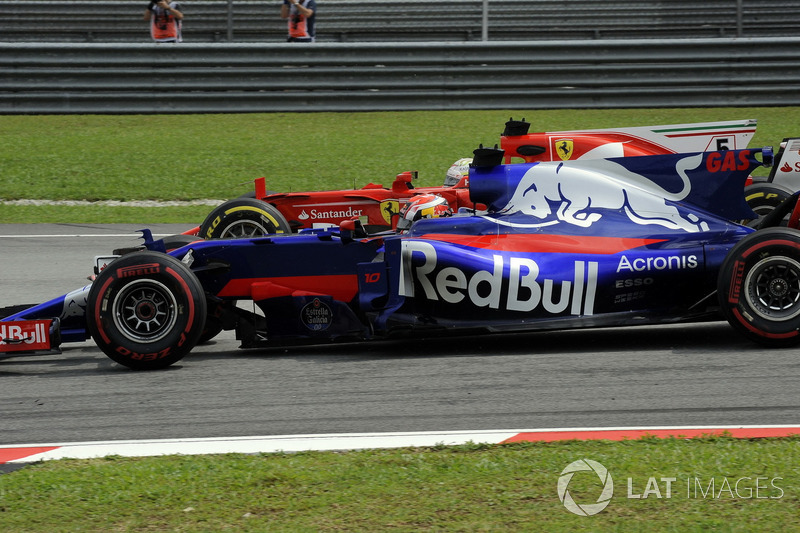 Pierre Gasly became the 758th driver to start a grand prix and the 71st Frenchman. 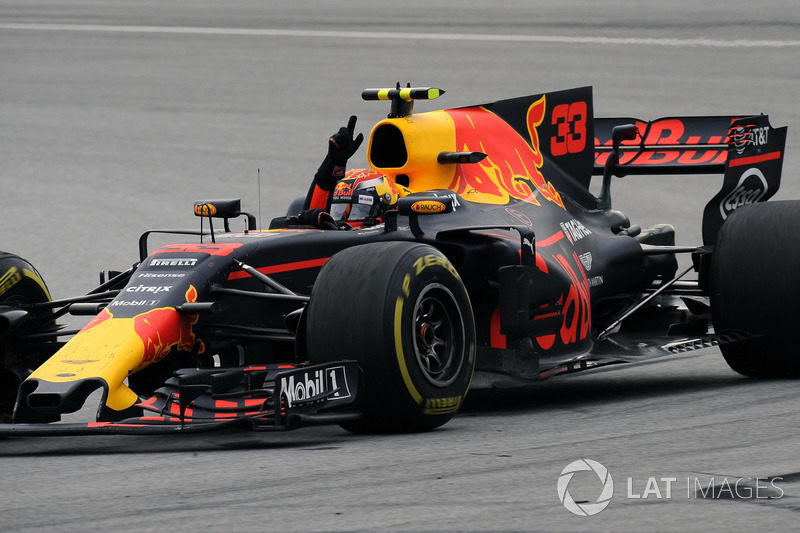 Verstappen scored only his second victory in F1, having overtaken polesitter Lewis Hamilton early in the race. 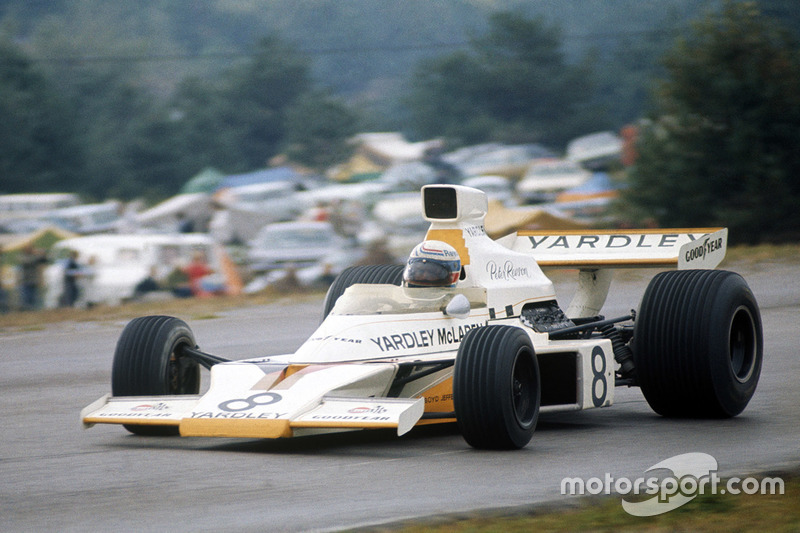 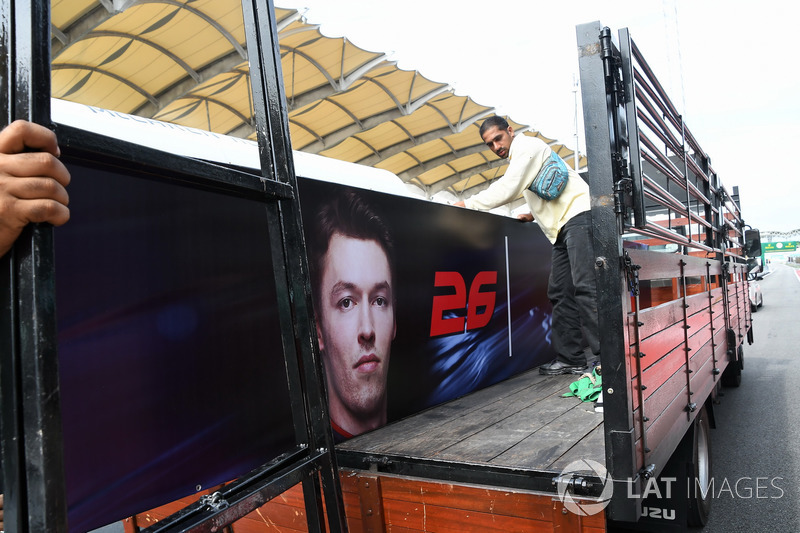 Interestingly, both of Verstappen's wins seem to be linked with Kvyat's demotions. When Kvyat was moved to the junior Toro Rosso team before the 2016 Spanish GP, Verstappen claimed his maiden win. And a few days after the Russian was subsided by Pierre Gasly, Verstappen scored his second win in Malaysia. 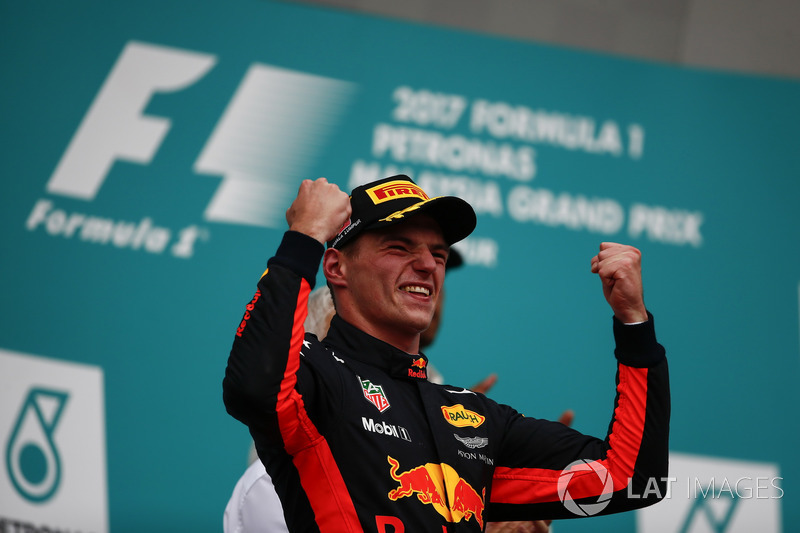 Verstappen won his second race at the age of 20 years and one day. He was one year and 72 days younger than Vettel was on his first F1 triumph. 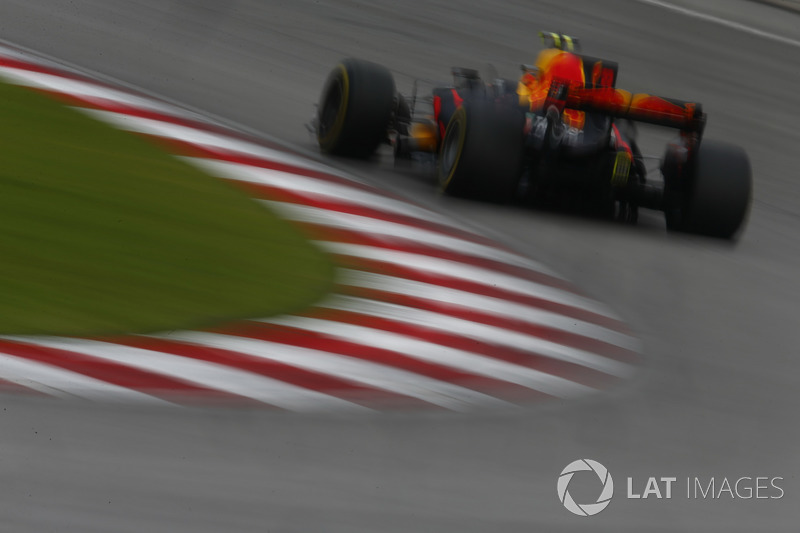 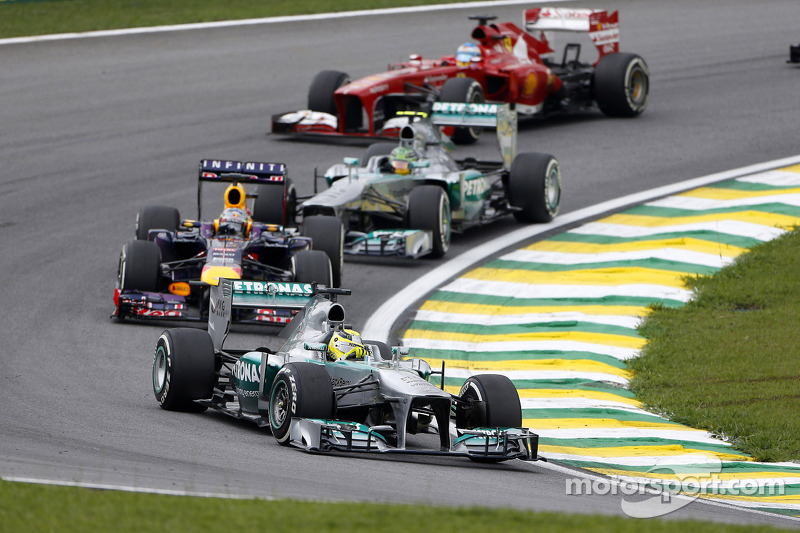 He also became the sixth different winner of 2017. 2013 was the last year when F1 had as many race victors. 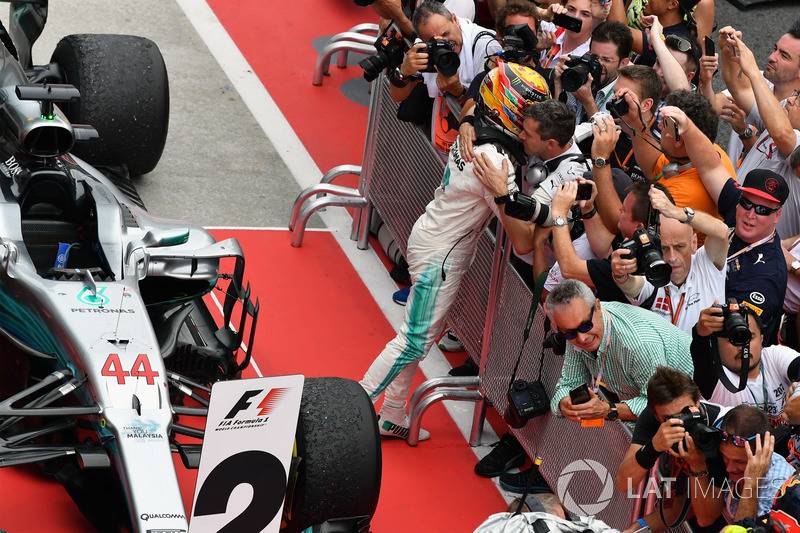 With a second place finish, Hamilton notched his 11th podium of the career. He is still someway off Schumacher's all-time record of 155 rostrum results. 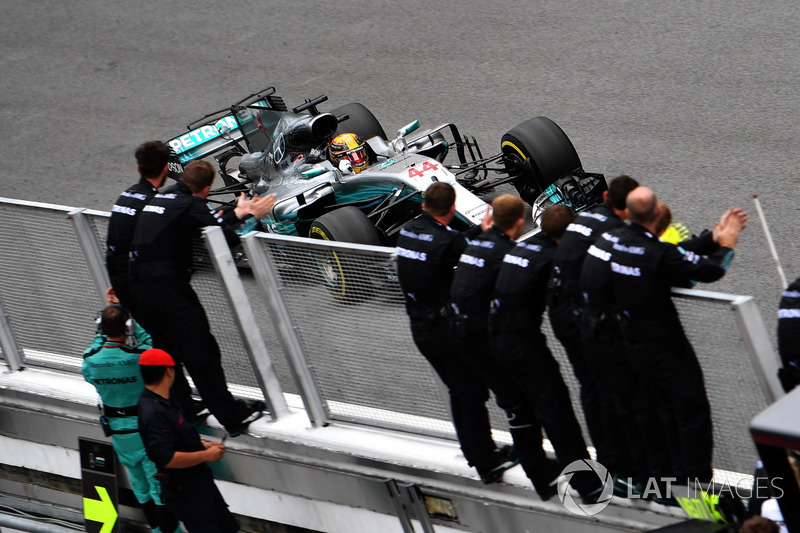 For the first time in the hybrid era, Mercedes has failed to win a race for three consecutive seasons (Vettel won in 2015, while Daniel Ricciardo triumphed last year). Ironically, the Malaysian GP is sponsored by Mercedes' fuel partner, Petronas. 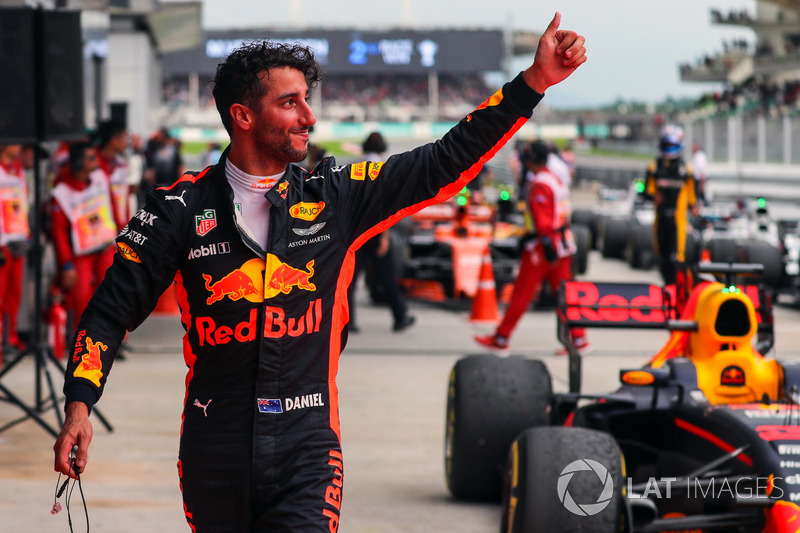 For Daniel Ricciardo, it was his eighth podium of the season and 26th of his career. He is now tied with former F1 drivers Eddie Irvine and Ronnie Peterson. 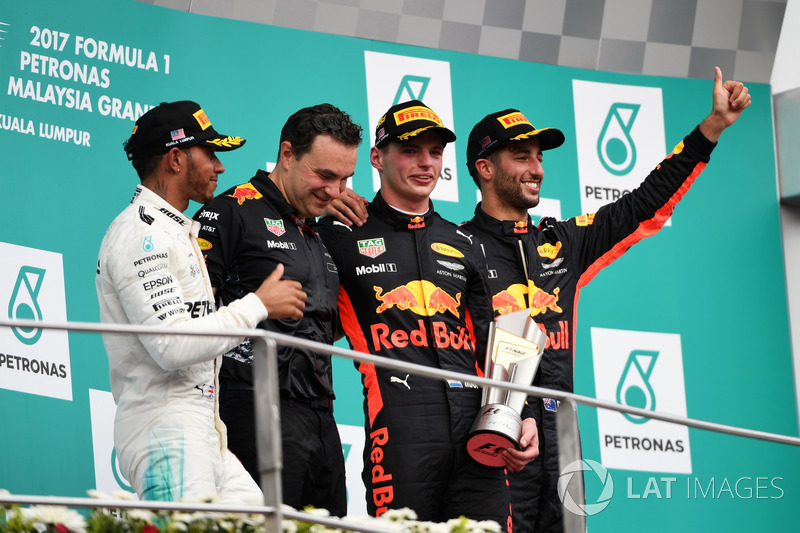 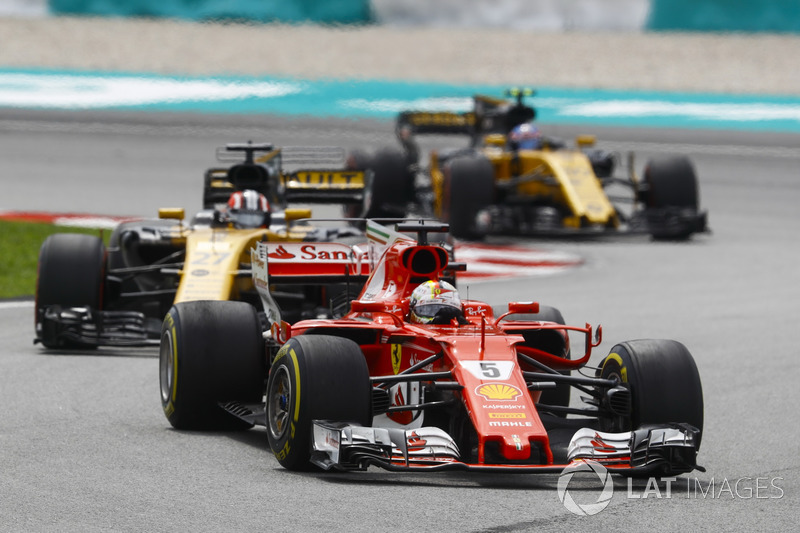 Vettel became the first driver to finish in the points at Sepang after starting from the back of the pack. 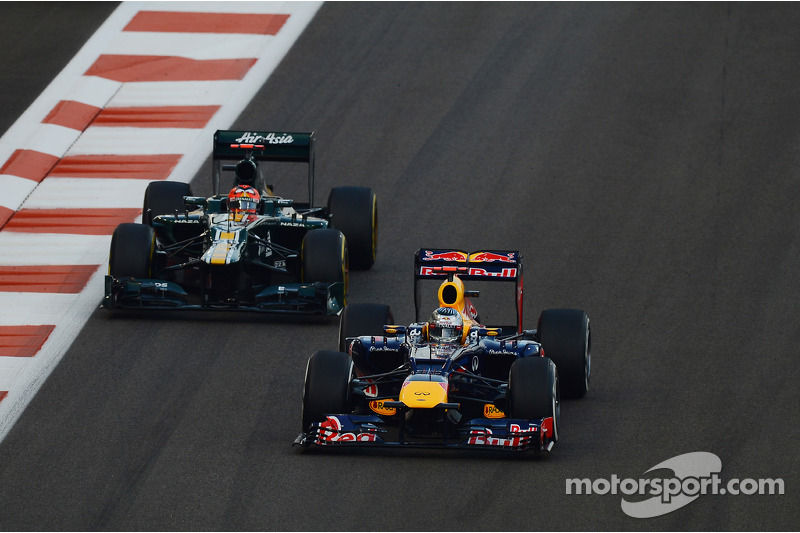 The German has managed to climb back into the points thrice from a similar starting position - third in Abu Dhabi 2012 (pictured) after starting from the pits, seventh in 2014 US GP from 18th on the grid and fifth in last year's Singapore GP after qualifying 22nd. 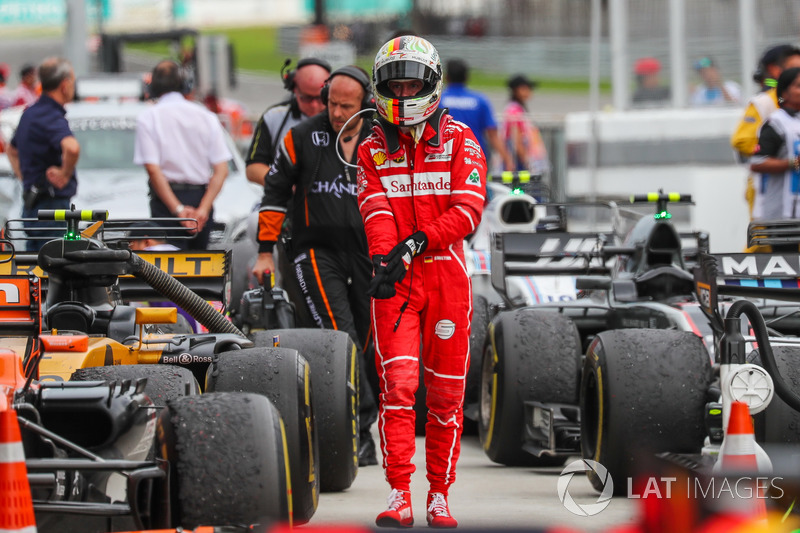 Vettel set the 31st fastest lap of his career at Sepang (1m34.080s) to go one spot higher than the legendary Nigel Mansell. 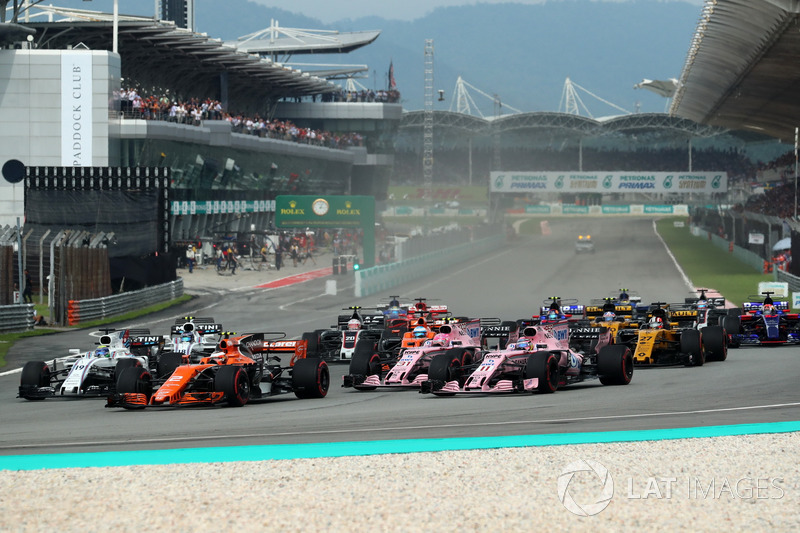 For Force India, it was their 12th double points finish of the season. 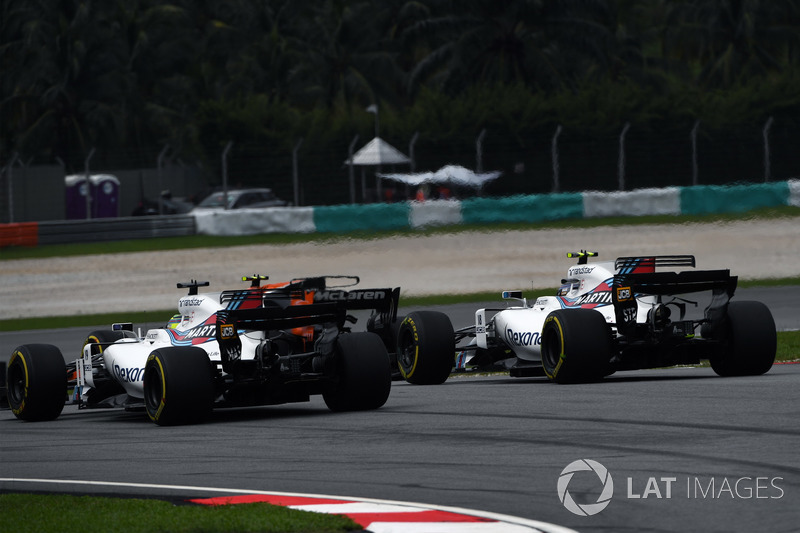 Williams also managed to both cars inside the top-10, with Lance Stroll finishing eighth and Felipe Massa ninth. But in stark contrast to Force India, it was only their third double points result of the year after Austria and Italy. 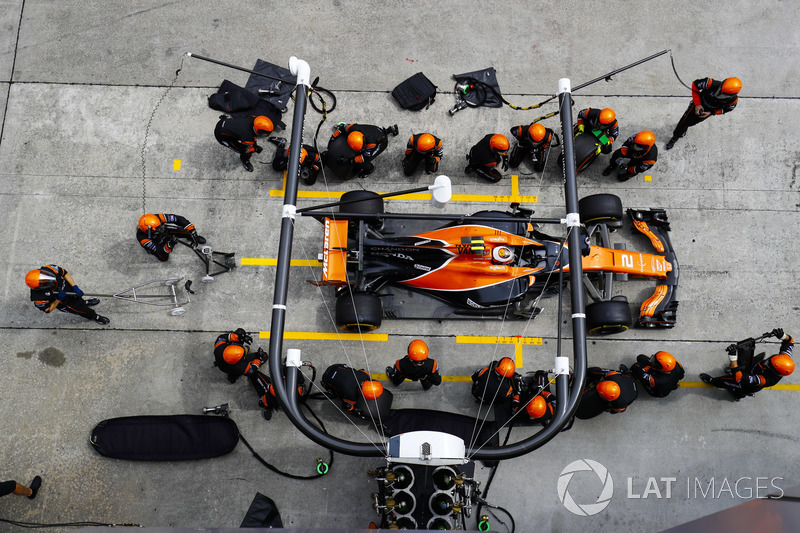 Stoffel Vandoorne equalled the best result of his F1 career with seventh a day after his best-ever qualifying result. He has also passed McLaren teammate Fernando Alonso in the drivers' standings. 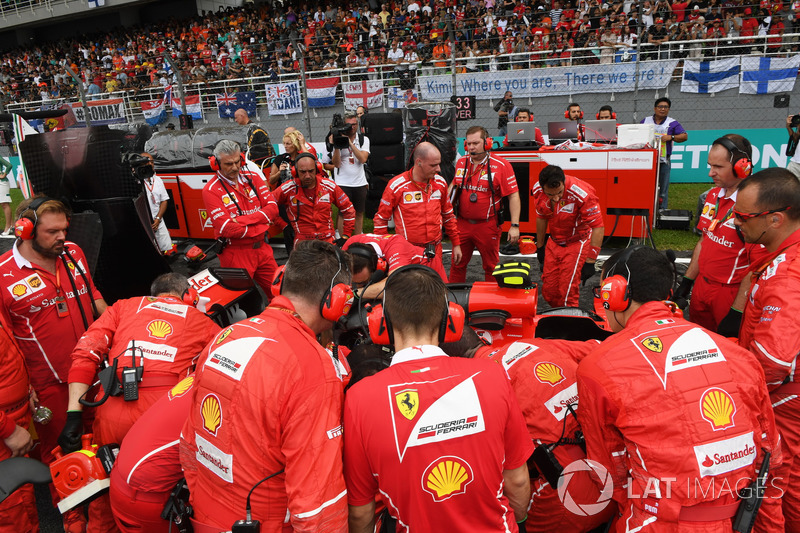 For only the second time in his career, Kimi Raikkonen suffered a DNS (Did Not Start). At the previous occasion, the 2005 US GP, all Michelin runners decided to pit after the formation lap on safety grounds. 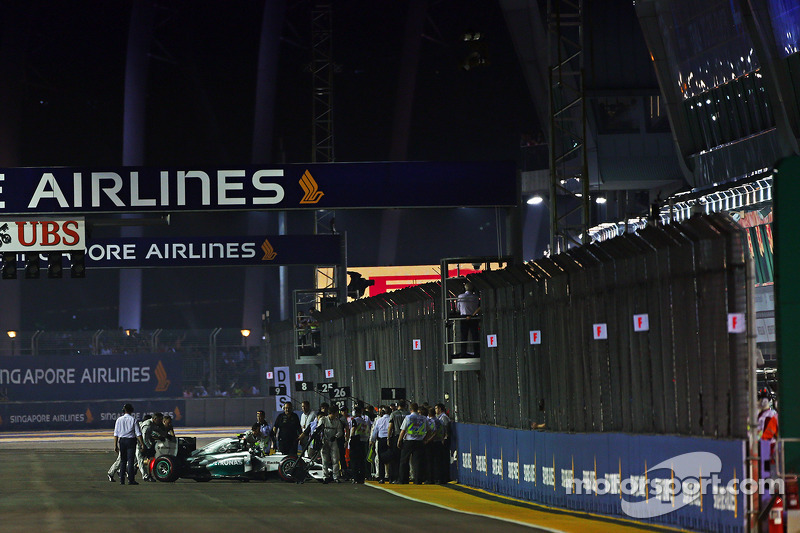 Red Bull: We would have beaten Ferrari too