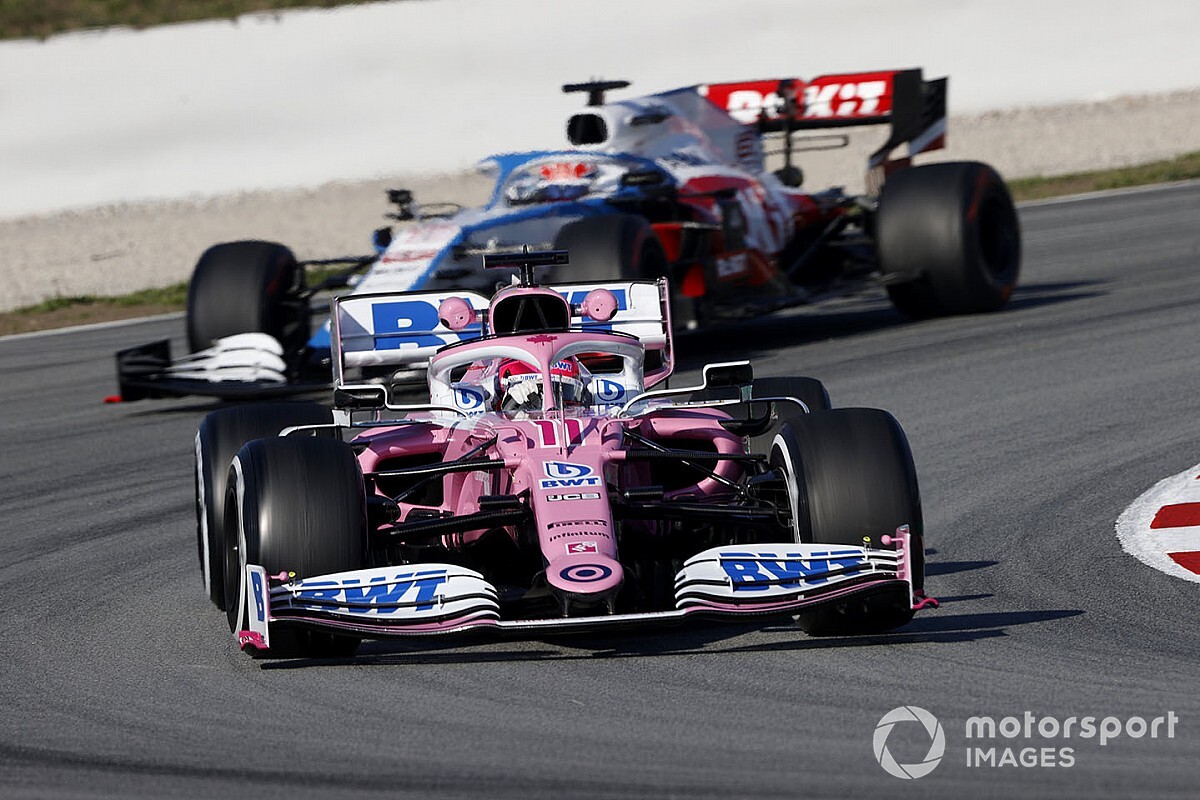 Williams has announced that it will not appeal the FIA’s ruling against Racing Point, feeling its “most fundamental concern” about Formula 1 car copying has been addressed.

Racing Point was docked 15 points in the constructors’ championship and fined €400,000 last Friday after the FIA stewards judged the team used an illegal design process for its rear brake ducts.

Racing Point previously received brake ducts as a non-listed part from Mercedes, whose design it was deemed to have copied when modelling its own parts for 2020 after they became a listed part.

The ruling permitted Racing Point to continue to use the brake ducts for the remainder of the season, sparking anger among many of its rivals over the leniency of the penalty.

Williams was joined by McLaren, Renault and Ferrari in notifying the FIA of its intention to appeal the ruling, giving them 96 hours to formalise the appeal. Racing Point also intends to appeal the ruling in a bid to clear its name and fight the sanction.

Both Ferrari and Renault announced on Tuesday evening they would be continuing with proceedings, but McLaren opted to withdraw its appeal.

Williams has now also confirmed it will not be taking its appeal any further.

"After careful consideration, Williams have elected not to proceed with the formal appeal,” a statement from the team reads.

“We believe the FIA’s decision to seek the prohibition of extensive car copying for 2021 onwards addresses our most fundamental concern and reasserts the role and responsibility of a constructor within the sport, which is fundamental to Formula 1’s DNA and Williams core beliefs and principles.”

The FIA has already announced it will tweak the regulations for the 2021 season to outlaw copycat car designs in the wake of the Racing Point case.

The stewards reviewing the initial case after protests from Renault ruled that Racing Point could not be expected to unlearn the information it had about its brake ducts.

Williams deputy team principal Claire Williams said last weekend at Silverstone it was difficult to understand why a part that had been designed via an illegal process could continue to be raced with this year.

“The one confusing element is this discrepancy between the sporting and technical [regulations], and that you can run what has been effectively deemed an illegal part that shouldn’t have been put on a race car,” Williams said.

“It was in effect copied from another team to a degree. To me, that isn’t right. It’s confusing for the fans to have that, to see now that a car that has been in breach of the regulations [is] still allowed to run those parts.

“It doesn’t make a whole lot of sense to me anyway.”