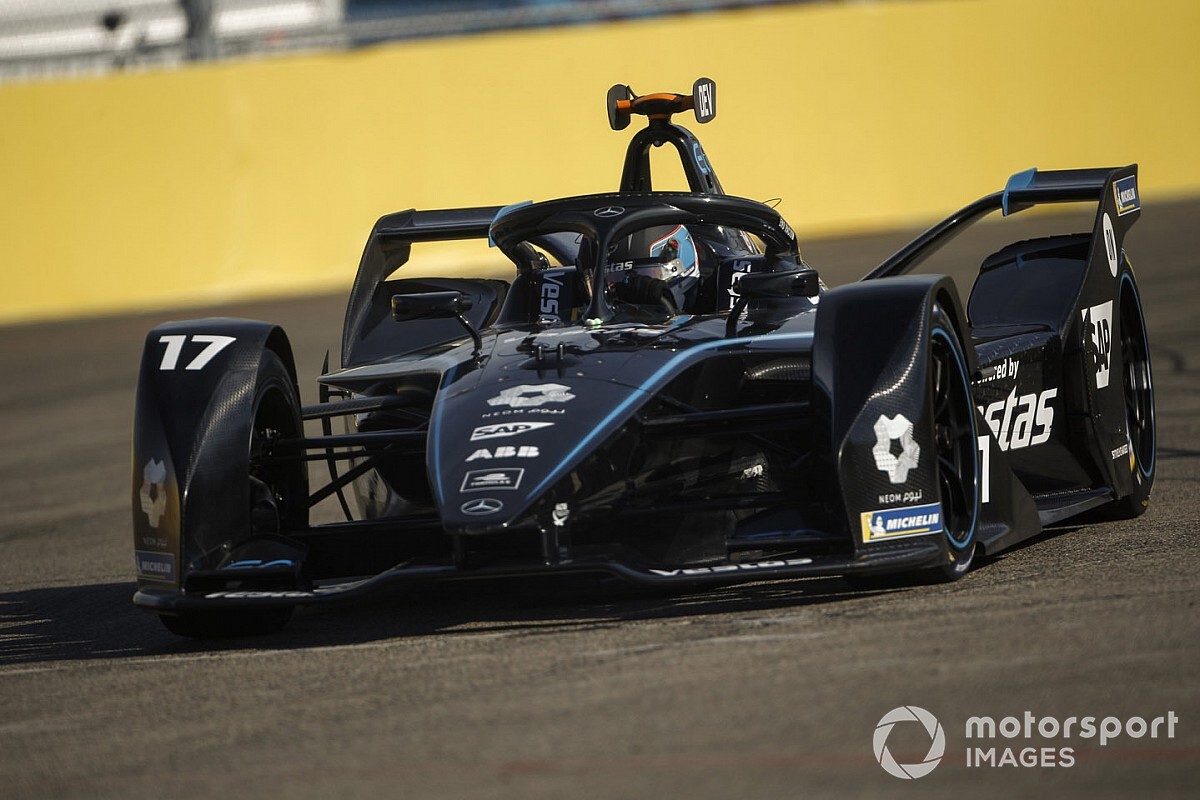 Nyck de Vries took Mercedes to the top of the Formula E times in a tame second practice session at Tempelhof Airport ahead of the Berlin E-Prix.

The abrasive surface meant drivers left it late to switch to the full 250kW mode in an effort to preserve tyre life ahead of qualifying and the race, for which they must use the same set.

In an incident-free session, the leading trio remained unchallenged until the final 10 minutes when Nissan e.dams driver Sebastien Buemi improved with a 1m07.301.

For another five minutes the order would remain static before de Vries finally responded with his eventual benchmark of 1m06.922s.

Da Costa suffered a strange moment when he activated attack mode, as he missed the first part of the off-line gate to access the power boost and then briefly slowed on track to block NIO 333 driver Daniel Abt.

Despite this and myriad lock ups, the DS Techeetah driver ran just 0.076s shy of de Vries to end the run in second place - the only other driver to post a 1m06s effort.

Gunther would see the session out in third place ahead of an improved Mahindra Racing charge led by Jerome D’Ambrosio in fourth place.

Buemi slipped to an eventual fifth ahead of Jaguar lead driver Mitch Evans, who lies second in the points to da Costa.

Sam Bird was seventh, as he begins his Envision Virgin Racing swansong, despite making a couple of mistakes on his final flying lap.

Reigning champion Jean-Eric Vergne and first practice pacesetter Oliver Rowland both complained of “massive understeer” and so were only 11th and 12th.

In a subdued performance for Porsche, its drivers Neel Jani and Andre Lotterer were ranked 16th and 17th.

Jaguar’s James Calado will head into qualifying without a single lap under his belt.

In addition to a new powertrain fitted in first practice, which allowed him to contest three corners before retiring, the team was then forced to replace the battery and his car never left the garage.