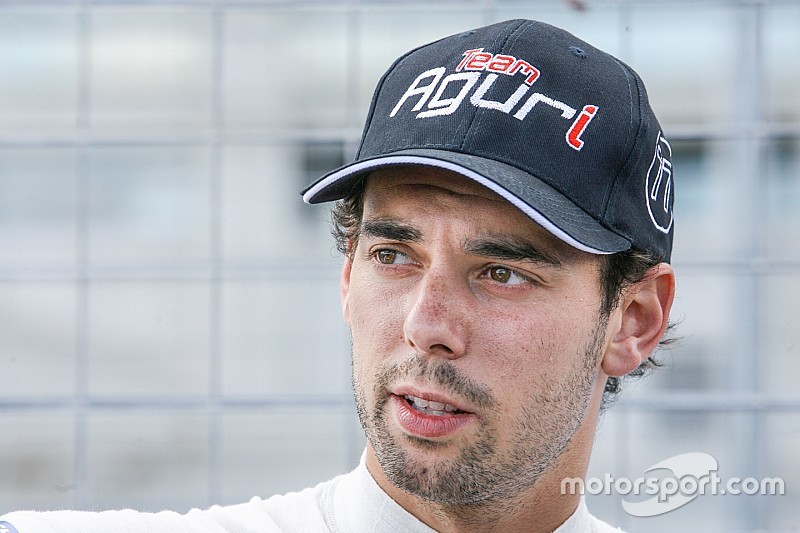 Former GP2 race winner Berthon was chosen to partner team regular Antonio Felix da Costa a few weeks before the start of the season two of the all-electric championship in the Team Aguri set-up.

The Frenchman made his Formula E debut in Beijing, scoring points with an eighth place finish, but has since struggled to match the pace of teammate Felix da Costa.

Mark Preston, team principal of Team Aguri, commented: "We would like to thank Nathanael for his dedication to the team and wish him the very best in his future Formula E career.

"We are carefully considering our options and will announce his replacement in due course."

Berthon added: "I am determined, more than ever, to continue my career in Formula E, and I would like to thank the Team Aguri for giving me a start in the series."

Motorsport.com understands that Berthon has recently inked a deal to race in the World Endurance Championship this year, and will focus on furthering his sportscar racing ambitions after stints with Murphy Prototypes and Kolles teams over the last few seasons.

Berthon out, Duran in?

Berthon's replacement in the No.77 Team Aguri entry for the Buenos Aires ePrix is set to be formalised this week, and the Anglo-Japanese team is believed to be considering Salvador Duran to step in after his own deal with the now defunct Trulli Formula E team ended.

The Mexican competed for the majority of the season one campaign for Aguri, but made the bizarre decision to leave Aguri for Trulli during the summer, knowing that the Italian team had yet to complete a lap with its now-abandoned Motomatica JT-01 powertrain.

Duran was unceremoniously replaced by Jarno Trulli himself at Beijing for an alleged 'breach of contract'. The Trulli team then fell apart and officially withdrew in early December.

With the confirmation of the Mexico City ePrix in March, Duran has been attempting to secure a berth for his home event, and was in evidence at Punta del Este last month.

With Buenos Aires a month ahead of the Mexican race, Duran would have one event to re-integrate in to a much-changed Aguri personnel set-up.

The move would also be popular with both Formula E organisers and local Mexican promoters, as it would increase ticket sales ahead of the race.

Other drivers that have tested for Team Aguri in the past include French pair Tom Dillmann and Nicolas Lapierre. Both drivers are unlikely to feature, as is Pedro de la Rosa, who had a brief run in the Aguri Spark-Renault at Donington Park last month.

Sakon Yamamoto, who endured an erratic weekend at Battersea Park last June, appears the only other candidate for a seat at Team Aguri.

Berthon's future lies in endurance racing, in which he has performed well since making his debut at the Imola ELMS race in 2014.

To be fair to the genial Frenchman, the off-track changes at Aguri certainly didn't help his cause in what is a difficult series to grasp with such little track time. Changing his engineer after two races also probably didn't help matters.

The 26 year-old was fortunate to get points on his debut in Beijing, but did a fine job of controlling his wayward car all weekend.

The Formula E Race Off, or how Motorsport.com beat Senna and Prost