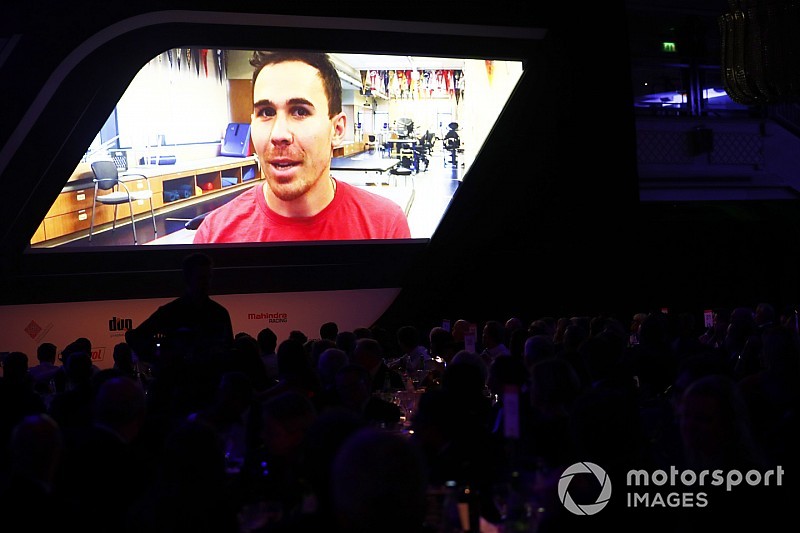 Recovering IndyCar ace Robert Wickens has sent a message thanking Autosport voters for his nomination in the Rookie of the Year honors.

Wickens was nominated for the Richard Mille Rookie of the Year award after almost winning twice in an impressive first year in IndyCar following his switch from the German DTM series.

His racing season was cut short following his serious crash at Pocono and he is undergoing his rehabilitation programme at Craig Hospital in Englewood, CO.

In a short video to Autosport following his nomination for Rookie of the year, the Schmidt Peterson Motorsports-Honda driver said: "I'm just here in rehab, but I just wanted to tell you how honoured I am to be nominated as a potential Rookie of the Year.

"It's going well here in rehab, although there is a long road ahead of us. I'm getting up on my feet for the first time this week, getting in the walking frames and honestly, it's probably the hardest thing I've ever done in my life.

"But I'm trying to get back into a car as soon as possible. I hope to see everyone...maybe next year at the Autosport Awards!"

The 2018 Richard Mille Rookie of the Year award has been won by Ferrari-bound Charles Leclerc following his star turn for Sauber this campaign.