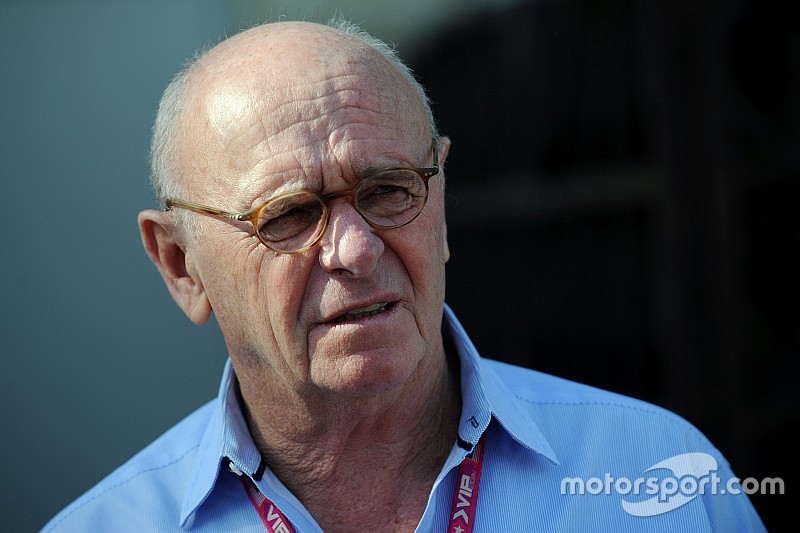 IndyCar’s former president of competition has his eyes on Global Rallycross, World Challenge, IMSA… and IndyCar

Derrick Walker has no intention of quitting the racing scene and is actively seeking opportunities for both his Walker Racing team and also himself. That’s what he informed Motorsport.com a week after his team’s final race as Falken Tire Porsche, in the IMSA TUDOR Championship.

Despite primary sponsor Falken Tire withdrawing from IMSA competition – on top of his own decision to resign from his post as president of operations and competition at IndyCar – Walker said: “I see no reason why this should be my cue to walk off into the sunset and sit on my backside for the rest of my days. I love the sport too much to be happy watching from the sidelines.”

The 70-year-old has been heavily courted by the Pirelli World Challenge, following Scott Bove’s resignation as CEO, and has also looked into Global Rallycross, a sport he labels as “exciting for the fans of all ages.” However, as yet he remains undecided as he continues to explore options for both himself and his team.

Said Walker: “World Challenge has certainly been interested in hiring me, and I’ve been listening, but I think at the moment we’re in a holding pattern as they try and define the role. I’m probably not the only one in the running for whatever role that is, so maybe they’re doing research on all their candidates, which obviously is their prerogative.

“For me right now, the priority is to find a way to keep my folk at Walker Racing gainfully employed in 2016. Their jobs are secure to the end of this year but I want them to have another project they can really sink our teeth into; one with a budget where we don’t have our hands tied from the start. We have good people here and they deserve to be given a fair shot with the necessary budget for whichever direction we move in.

“So that means I’m looking for funding, too. No one’s going to present us with a project on a plate, so I’m aware that we have to actively contribute to the funding. Busy times.”

Open-wheel is an option

Walker, who worked for Penske Racing in both Formula 1 and Indy car racing before setting up his own team in 1988, admitted the U.S. open-wheel scene is still on his radar. He said time away from IndyCar has provided him with fresh perspective, too.

“Having done my due diligence on other series, there’s not a single one that hasn’t got serious problems,” he said. “It did make me realize that IndyCar takes a lot of heat just because we always wash our dirty laundry in public. The difference is that these other series are smarter about keeping the problems hidden by presenting a united front. IndyCar people are too ready to badmouth each other.”

That said, Walker said he would be content to be team manager for one of the IndyCar teams.

“Absolutely – it’s not an ego thing for me,” said Walker. “Whether I was a manager or a contracted consultant, there are several organizations – and organizations within organizations – who need direction or leadership. I get a lot of satisfaction from being a problem fixer, as well as trying to look forward.

“I think turning my focus toward IndyCar from June 2013 onward, I think it was proven that Walker Racing had enough strong personnel in it to run itself without me being at all the IMSA races. So I think having my team on a different project or in a different series than myself… I don’t see that as a problem at all.”