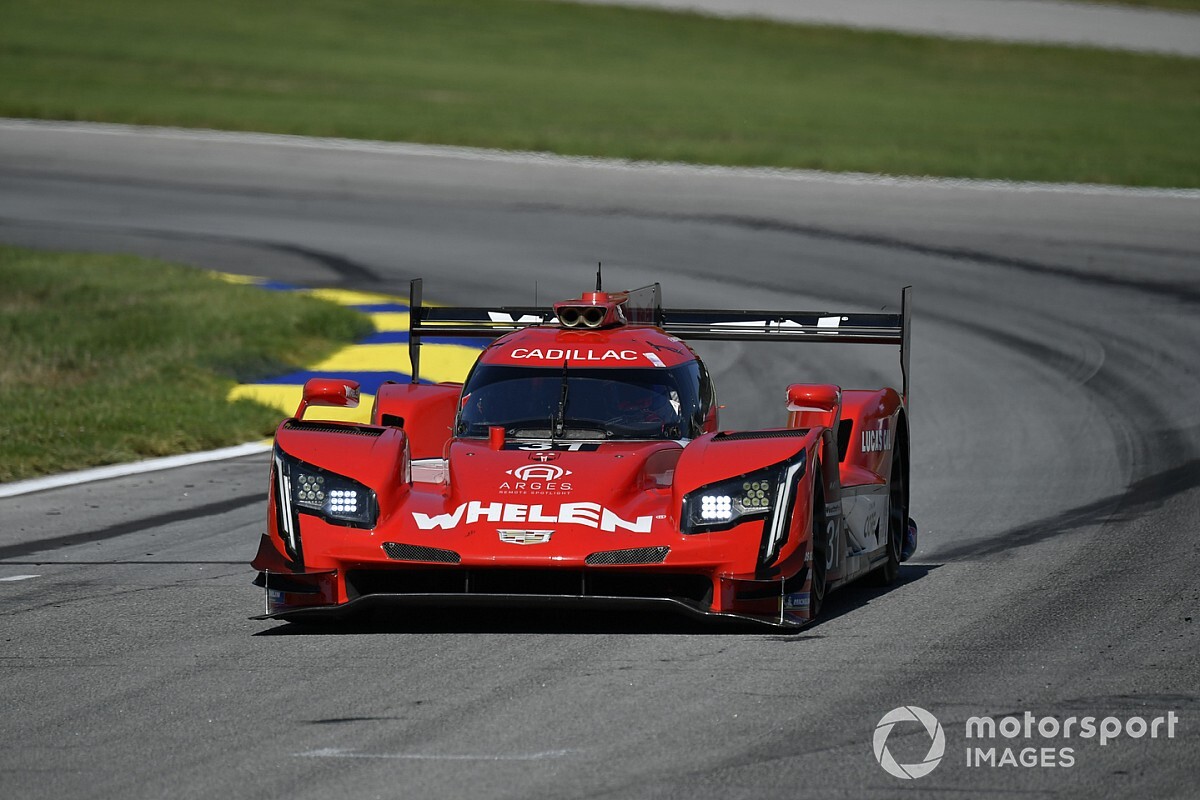 Derani’s 69.743sec lap of the 2.54-mile course was 0.389sec clear of the similar JDC-Miller car of Sebastien Bourdais who in turn was over a quarter-second clear of the fastest turbocharged prototype.

That honor went to Harry Tincknell with his 41st and final lap of the session in the #55 Mazda RT24-P, which just inched him ahead of Renger van der Zande in a third Cadillac, that of Wayne Taylor Racing.

Oliver Jarvis made it two Mazdas in the top five, 0.2sec ahead of Helio Castroneves in the only Acura ARX-05 that set a representative time. The #6 car of Juan Pablo Montoya and Dane Cameron had a mechanical issue on an out lap.

Kyle Tilley of Era Motorsport and Simon Trummer of PR1 Mathiasen Motorsport, driving the only LMP2 cars participating in this weekend’s race, were seventh and ninth overall, only 1.15 and 1.6sec respectively off the ultimate pace.

The Porsche 911 RSRs of Earl Bamber and Frederic Makowiecki were a mere 0.014sec apart at the head of the GT Le Mans field, with John Edwards 0.185sec behind in the #24 BMW M8, followed by the two Corvette C8s.