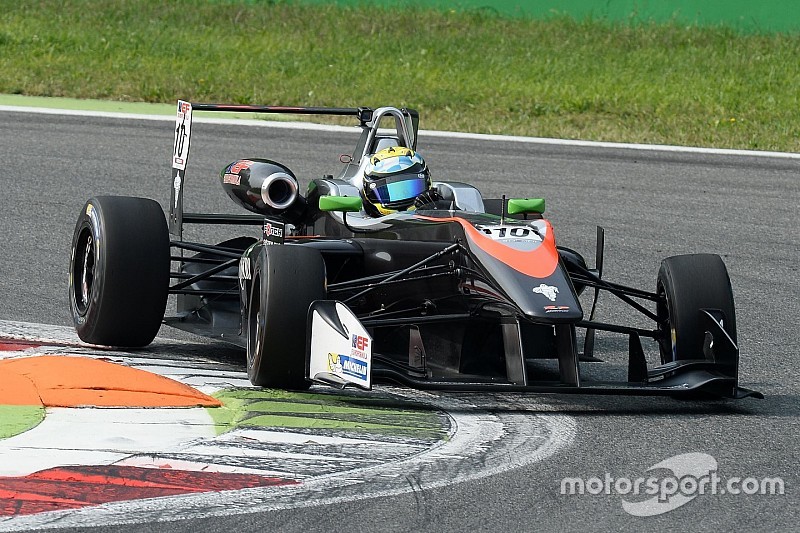 RP Motorsport, which won races in the now-defunct Formula 3.5 V8 Series and dominated the EuroFormula Open championship in 2017, is to embark on its first season of Pro Mazda with Harrison Scott and Ludovico Laurini.

The team, led by Fabio Pampado, dominated EuroFormula Open with Scott last year, winning 12 of 14 races together, and taking 11 pole positions. He went on to earn a nomination in the 2017 McLaren Autosport BRDC Award and the prestigious BRDC’s Graham Hill Trophy.

Scott said: “It’s great to land in America and arrive in such an exciting context as the Pro Mazda Championship, a series that has launched so many young drivers over the years. Last year was fantastic, but now we will have to start again with the same hunger for success,

“We are aware that there will be a lot of work to do because everything will be new for us, but we’re ready and determined to face this new challenge.”

Laurini added: “Being able to race in America is a fantastic opportunity and for me it’s a dream that’s come true. I have worked so hard over the last few years and this chance is an important step for my career. My main goal will be to grow further, gain valuable experience and learn all the new circuits.

“Also being the first Italian to participate in this championship is another reason of pride, and I wish to thank RP Motorsport Racing team for the trust, my family and all those who support me in this adventure.”

Pampado didn’t specify his ambitions in his new venture, but said: “We want to face our first season in the Pro Mazda Championship in the best way and we have chosen two drivers that we know well and who will certainly be able to show off their quality.

“It will be a very exciting adventure: the championship has a wide visibility thanks to the partnership with IndyCar, and being together with the new Tatuus chassis [representing] our country in this competition, makes us very proud.

“We know that the road will not be easy, but our team is ready to face this new challenge in the best way.”