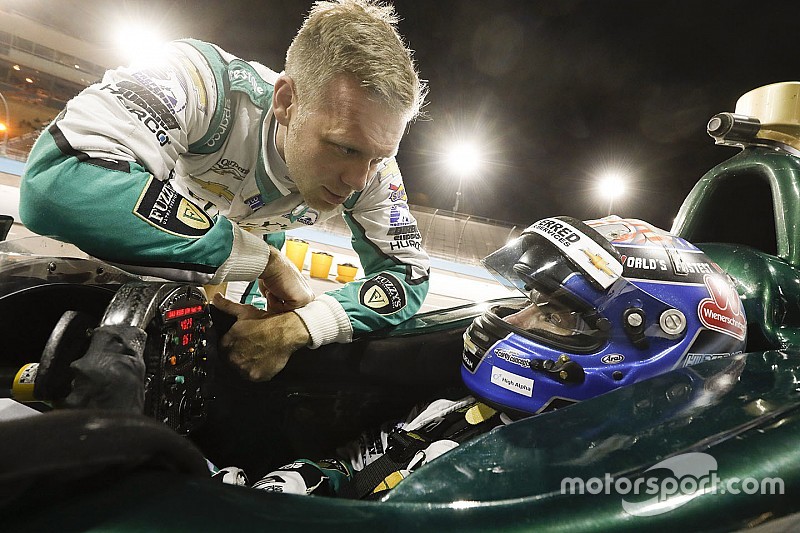 Ed Carpenter says that his team will not run a third car at this year’s Indianapolis 500, leaving Spencer Pigot free to chase an alternative ride.

In recent years, Ed Carpenter Racing has entered three cars for the “500”, with JR Hildebrand joining Carpenter and Josef Newgarden at IMS. For 2017, Hildebrand replaced Newgarden as the fulltime ECR driver, while oval specialist Carpenter shares his #20 car with series sophomore Spencer Pigot, who competes in the road/street course events.

However, Carpenter says only he and Hildebrand will race ECR cars in next month’s 101st Indianapolis 500.

He told Motorsport.com: “We weren’t able to put the right deal together for a third entry, because we’d have needed to buy another car, which now makes it pretty much impossible.

“We had five cars up until [Newgarden’s] accident at Texas last year. Now we’re down to four, the idea of going into May with three entries and only one spare car doesn’t make much sense, so buying another chassis would have been necessary.

“Plus the majority of people who we used to run the third car have gone elsewhere – understandably – and we’re not going to run an extra car just to go through the motions. We’d want all three cars to be competitive otherwise it doesn’t benefit the driver or the team as a whole.”

Pigot, as part of his three-race Mazda Road To Indy prize for winning the 2015 Indy Lights championship, competed at last year’s 500 for Rahal Letterman Lanigan Racing, before switching to Ed Carpenter Racing’s #20 car for all the post-Indy road/street course events. That’s a position he  retained for 2017, and Carpenter said the young American had been top of the list of candidates for a third car at Indy.

“It’s unfortunate that we couldn’t help Spencer, he’d be the obvious choice,” said Carpenter. “But he’s free to look for another ride. We’re certainly not going to stand in his way.”

Carpenter also said he had held talks with Stefan Wilson, who competed for KV Racing at Indy last year in a one-off entry, but “couldn’t put all the pieces of the deal together in time.”

IndyCar’s only team owner/driver said that he did not expect IndyCar’s 2018 universal aerokit would increase the costs for one-off extra entries for next year’s Indy 500.

“I don’t think that’s going to be a struggle,” said Carpenter. “For one thing, the kit is not going to be as big an investment as previously. And secondly, it’s less about the bodywork, and more about having the chassis – that’s the major cost.

“I’d love to have helped the Speedway get to 33 cars this year, but we couldn’t make more than two cars make sense, as a team.”

Pigot told Motorsport.com his prospects for an alternative ride for Indy this year weren’t looking strong.

“We’re looking around, but don’t have any money, so it doesn’t look like I’ll get a deal done,” he said. “We’ll see. There’s still some time left.”