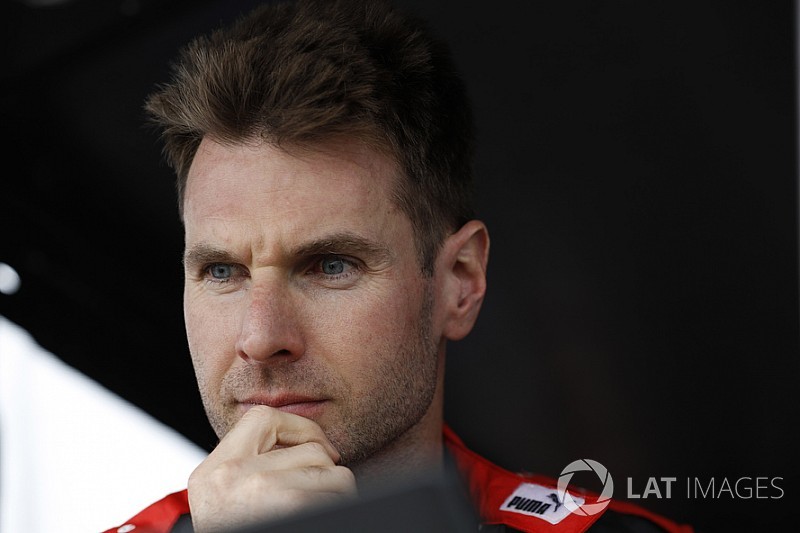 2014 IndyCar champion Will Power says that despite incidents in three of the first four races of 2018, he will neither back down nor 'go-for-broke' to catch championship leader Josef Newgarden.

Power has qualified second for three of the races, and third in the other, but with the exception of his runner-up finish in Long Beach behind Andretti Autosport’s Alexander Rossi, Power has suffered incidents on race days.

The latest, at a soaking Barber Motorsports Park, saw the #12 Penske-Chevrolet hydroplane into a spin on a restart, which ended against the pitwall on Sunday, prompting a red flag. Although the car was repaired under yellow flags on Monday, Power rejoined several laps down and was then retired once he could make up no more places.

“It’s been a terrible start to the season when you look at our results compared with how consistently fast we’ve been,” he told Motorsport.com.

“With Andretti [Autosport] and Schmidt [Peterson Motorsports] and [Dale] Coyne [Racing] in the mix up front, it’s harder than ever to be consistently quick now, but we’ve managed that and we’re probably the only ones. But the results, man… unbelievable. Massively frustrating.

“It’s going to be a tough year, which is what I wanted. And the good thing about the competition being tougher is that you can claw back to the front because no one’s going to run away with the championship. We’re still 10th in points, even with only one good result.”

Power, who has 32 Indy car wins to his name, said the Barber shunt was particularly frustrating because 1) his car was so strong, and 2) Roger Penske – who now calls the races for the #12 car – would have done the right thing tactically once the rain returned.

“The car wasn’t quite perfect after the shunt – the handling was a bit odd – and even despite that, we were still quick and got fourth fastest race lap, so that kinda makes it more frustrating to not be up front with Josef. We’d have followed similar tactics and so it would have been a decent battle, no question.”

Power insisted that despite being 77 points behind eventual winner Newgarden, he isn’t going to charge harder nor take it easier in future.

“I honestly think I’ve got it right about how hard to push,” said the Australian who is in his ninth full season at Penske. “I’m not overdriving so there’s nothing I can think of that’s particularly wrong or stuff that I need to change.

“But I guess they were all little mistakes that were preventable by myself, so you can’t call it luck. At Barber, the one thing I could have done was move left, off the racing line to where the puddle was less deep, but the visibility was so bad, I honestly couldn’t tell how far to the right of the track I was!

"I still can’t believe the race was restarted, because the rain was coming down heavier and we’d been going slow under caution [for Charlie Kimball’s stationary Carlin car] so we’d stopped taking water off the racing line. I was really short-shifting to keep the wheels from spinning but it still came around.”

Power says his other two raceday incidents this year were more avoidable. The St. Petersburg season-opener saw Power mount the curbs at Turn 2 so he didn’t make contact with polesitter Robert Wickens [SPM] but it caused the Penske to spin. At Phoenix, Power was caught offguard by Rossi’s late dive for the inside as he unlapped himself.

“At St. Pete, I should have just held my line alongside Wickens instead of trying to miss him when he squeezed over on me. We’d have rubbed a bit but at least I wouldn’t have spun. Phoenix… I guess if I’d known earlier that Rossi was making aggressive passes coming through from a lap down, I’d have just rolled out of the throttle a bit earlier, on the straight, and let him go.

"But when I saw him in the mirror I thought he was sticking behind me that turn and was lining me up for the next one. He just dived down so late, and so we got in the gray. But whatever – his prerogative I guess.”

Power denied he was feeling extra pressure with Roger Penske now on his radio.

“Nah. It’s good to have him there, actually,” he said. “Obviously I want to do a good job for him, but I’ve always felt that, even when he was calling the shots for Helio [Castroneves]. He’s the team owner so I want to deliver for him and Verizon, same as always.”

He also described himself as frustrated by the results rather than lacking in confidence about getting back into the title fight.

“Worried is… what I’d be if we weren’t fast and we kept finishing 10th or something, just from lack of pace,” he said. “You know, if Josef was leading races and we weren’t keeping up, that would obviously be a big issue.

"But we have the speed, I’m focused and fit, and unless I’m asked about it, I’m not looking back at the bad stuff that’s happened.

"It’s about doing the best job at the next race – and definitely the one after that! [Indy 500] We’ll just keep plugging away and keep running at the front and eventually it’s gonna turn around.”