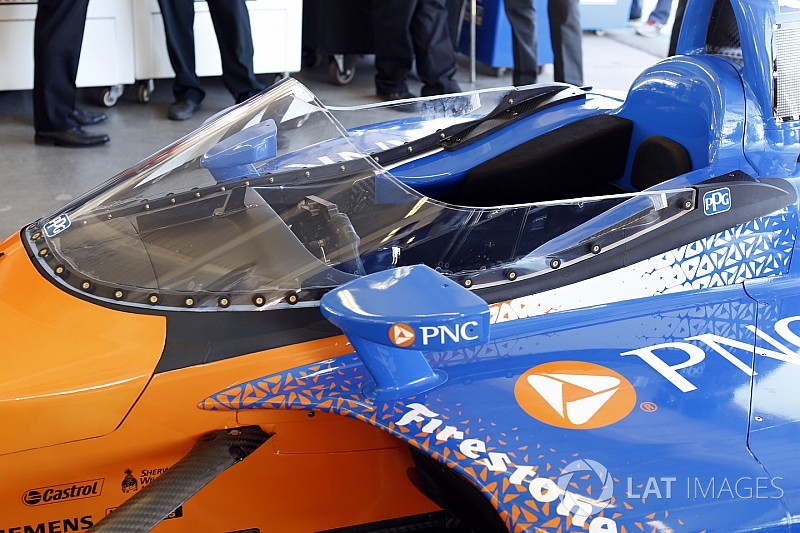 The IndyCar series will test the windscreen cockpit protection system for the second time on Monday, April 30 after the planned test session on the Indianapolis Motor Speedway oval.

Penske's Josef Newgarden will take over driving duties from Chip Ganassi Racing's Scott Dixon in what the reigning champion described as an "evolution" of the windscreen testing.

Motorsport.com has learned that the windscreen has yet to have had impact testing completed because it is waiting for a finalised fixture to be made.

Dixon had completed windscreen testing that "exceeded expectations" on Phoenix's oval and reported no issues beyond the change in airflow preventing cooling in the cockpit and minor distortion explained as a consequence of the early prototype.

The Indianapolis 500 oval will allow Newgarden to lap at some of the highest speeds Indycars run at, and the Penske driver told Motorsport.com he is excited about the test.

"It looked like it went really well for Scott [Dixon], I heard no complaints," he said. "It seemed to go pretty seamlessly from vision to application, so that seems solid.

"I'm very excited and I'll be very upfront and honest with them which is what they're looking for, they just want to get another person's take on it. It's something they can compare.

"It's another evolution of their [IndyCar's] testing. They tested at Phoenix which is a certain speed level and then Indianapolis brings it up to essentially our maximum speed in an Indycar.

"They're getting another person's view but it'll continue the evolution, so they're knocking on two things there."

When asked if he had leaned on Dixon's experience and spoken to him beforehand, Newgarden said: "We have. I spoke to Scott in Phoenix about it, I think a lot of people did because we were curious about it.

"He didn't have anything negative to say and didn't really notice it [the windscreen] there. I'll go in with an open mind and with honest feedback."

IndyCar had previously said it wanted to conduct street course testing of the windscreen because of the unique demands on a driver's vision.

It is understood that Newgarden will run the same windscreen as Dixon, with a successful test likely to lead IndyCar to build up more cars with a more finalised specification attached.