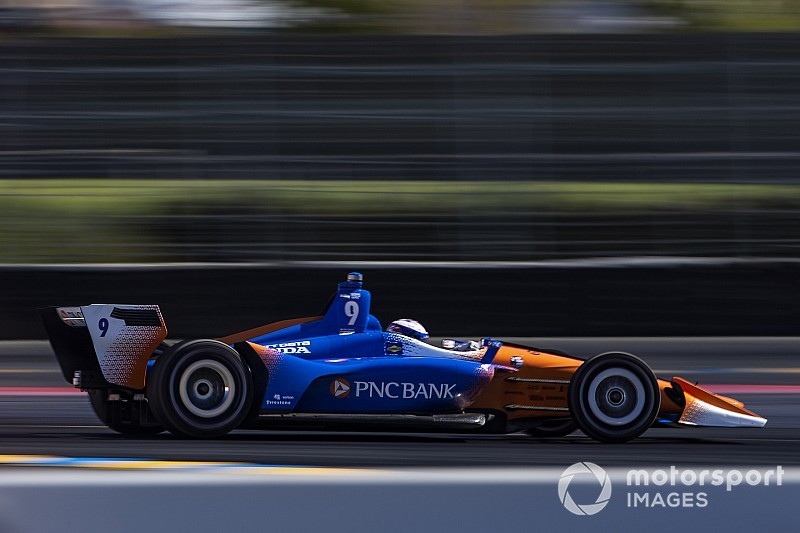 Five teams are scheduled to test at WeatherTech Raceway Laguna Seca mere days before IndyCar’s official Spring Training at Circuit of The Americas.

The famous and beautiful 2.238-mile road course in Monterey County, CA will host Indy car racing for the first time in 15 years when it replaces Sonoma Raceway as the IndyCar Series finale in September 20-22. (For tickets to all IndyCar races, click here.)

That event, the IndyCar Grand Prix of Monterey, will effectively be a four-day affair, with testing held on September 19. However, today WeatherTech Raceway revealed that Chip Ganassi Racing, Team Penske, Andretti Autosport, Dale Coyne Racing with Vasser-Sullivan and Ed Carpenter Racing will also test on the 11-turn venue on Friday, Feb. 8. These teams will then reconvene and be joined by the remaining squads at Circuit of The Americas in Austin, TX, for IndyCar’s official Spring Training on Feb. 12-13.

Penske-Chevrolet’s 2016 champion Simon Pagenaud, who twice won the American Le Mans Series race at Laguna Seca, commented: “Laguna Seca is such a cool place and I’m really excited that the IndyCar Series is heading there in 2019. With the test in February, we have a lot of work to do to get our car in the right place since it is a totally new place for our team, but it’s an exciting challenge we are ready for.

“I feel like I have a bit of an advantage over the competition having competed and won there in the American Le Mans Series. It’s such a fun California track and I know there’s a lot of buzz around that race as it will serve as the finale next season.”

The test will be open to the public, with general admission and paddock tickets available for $20, or $10 for those who have already purchased tickets to the IndyCar GP of Monterey. Laguna Seca season ticket holders receive complimentary entry.

Franchitti excited by prospect of Rosenqvist in IndyCar

Rossi happy to receive positive and negative comments in 2018