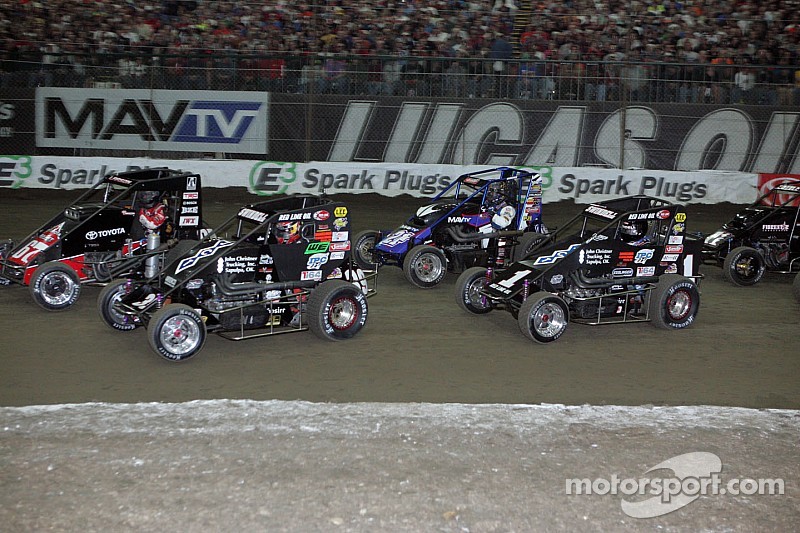 The 29th annual Lucas Oil Chili Bowl Midget Nationals presented by General Tire is on track to be a record smashing event, with the entry count climbing over the 300 mark for the first time to 316 entries confirming 303 drivers for the indoor spectacular.

Even with the enormous size of the River Spirit Expo Center, space has been tight the past couple years and will be even tighter in the pits for the 2015 edition. Event co-Founder, Emmett Hahn, has asked that teams begin consolidating their trailers and equipment and if possible, find a friend to pit with.

"If we want to keep this thing fun, and keep all the trailers in the Expo Center, we need some of these teams to pit together in order to give everyone enough room to work," said Hahn of the parking for the 2015 Chili Bowl.

Practice is scheduled for Monday, January 12 with the first night of competition getting underway with Tuesday’s Warren CAT Qualifying night as well as the seventh annual Vacuworx Invitational Race of Champions.

The top three in each Qualifying Night A - Feature will transfer directly into the Saturday championship event with the remainder of Saturday’s features lined up according to the Qualifying night finishes.

Saldana gets by Clauson, Stenhouse for POWRi midget win

Sarah Fisher getting back behind the wheel