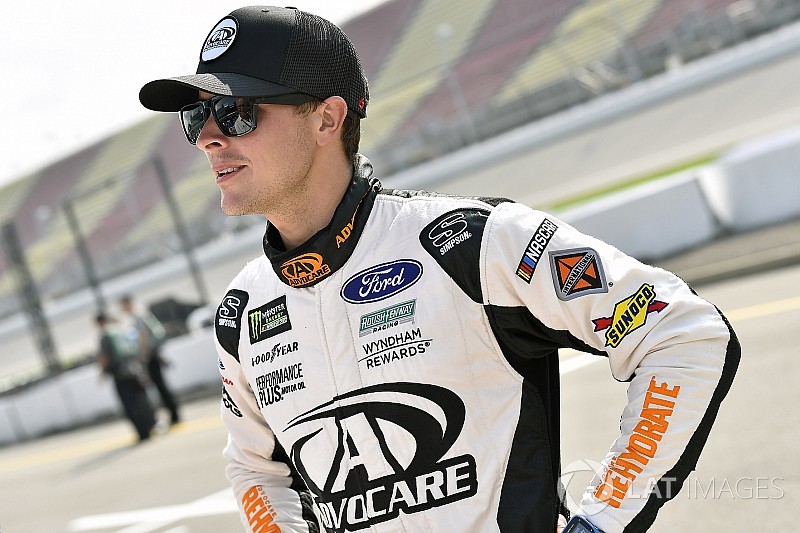 When Roush Fenway Racing elected to bring back Matt Kenseth earlier this year to help evaluate the organization’s performance, it didn’t seem to bode well for Trevor Bayne.

After all, it wasn’t Ricky Stenhouse Jr.’s No. 17 Ford that Kenseth was going to compete in, it was Bayne’s No. 6.

While neither team had set the field on fire this season, Stenhouse did seem to have the more consistent performances and so Bayne, 27, saw himself relegated to a part-time role in the Monster Energy NASCAR Cup Series.

Kenseth’s first race in the No. 6 was May 12 – that was just over three months ago.

So, what exactly has changed since Kenseth’s return?

Well, perhaps in one very surprising way, not much. Bayne still has the best finishes this season in the No. 6, including a season’s best performance of 11th on Saturday night at Bristol (Tenn.) Motor Speedway.

Bristol has been one of Bayne’s better tracks since he moved into the Cup series and he said he felt good about his chances entering the race.

“Jack (Roush, team owner) asked me in the driver’s meeting how my car was and I told him it was a 10th to 15th-place car and if we could get it to turn, we’d be better than that,” Bayne said.

He was right. Bayne started 23rd but wasted little time gaining ground and was running in the Top 10 by Stage 2. A pit road speeding penalty cost him some track position, but again, he drove up through the field.

After a late caution on Lap 481 of 500 when he was running eighth, Bayne restarted the final 13-lap shootout seventh – on the inside lane – which cost him a few spots and he ended up 11th.

“Every weekend when I leave the track I just kind of look and say, ‘Did I do everything I could do to get every position,’ whether that was 23rd or 11th, so I felt like I did a good job (at Bristol),” Bayne said.

“I wish I wouldn’t have sped on pit road. All in all, it was a good day and we’ll keep fighting.”

Before Kenseth’s arrival, Bayne had a 13th-place finish in the season opener at Daytona and a 12th at Texas in April – which were the No. 6’s car best finishes of the season at that time.

In his eight races with the No. 6 so far this year, Kenseth’s best finish was 13th at Pocono. He, like Bayne, has not led a single lap of competition this season.

Yet again, when the No. 6 looked the most competitive on the track Saturday night, it was Bayne that was behind the wheel.

Does that mean the Kenseth experiment is a failure? Of course not.

Certainly, Kenseth, 46, has provided RFR with valuable feedback, certainly in terms of comparing it with what he had been driving during his tenure at Joe Gibbs Racing.

What this season’s results in the No. 6 do show, however, is that there is far more going on with Roush and its performance as an organization that just the productivity of one driver.

There are still 12 races to go this season, of course, and the performances of either Kenseth or Bayne – or both – could still swing dramatically one way or the other.

So far, however, it seems it would be unfair for Bayne to bear the brunt of the blame for the No. 6 car’s struggles.

Inaugural Charlotte Roval Cup race gets its own unique trophy