It’s not an official pole for Clint Bowyer but this one was a long time coming and could come with a $1 million bonus. 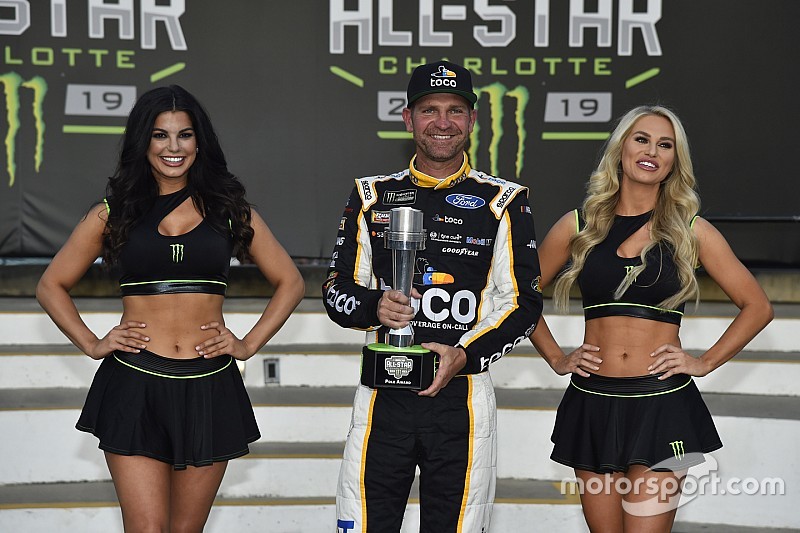 Bowyer only has two “official poles” in his nearly 12-year Cup career, both coming in the 2007 season.

Bowyer completed the three-lap qualifying process that included a four-tire pit stop with an average lap speed of 136.371 mph, after registering the fastest speeds of any driver on the first and third laps of the run.

"Hell has frozen over," a surprised Bowyer said after qualifying. "It's so easy to make mistakes in that because it's so out of the ordinary of what we usually do. I actually didn't get on pit road near as good as I wanted to.

"I had my dead-set line that I was going to get to and would lift (off the accelerator) at and when I didn't get on pit road like I needed to, I drove past that and I was like, 'Oh no, I'm going to get stuck' and my eyes were getting bigger.

"My guys did a good job on pit road. They've been doing a good job all year. It's been a lot of fun. Our Fords have been extremely fast but we haven't gotten them in Victory Lane like we'd like to yet but we're knocking on the door.

Keselowski received a 5-second penalty for having one unsecured lug nut following his qualifying run, as did Kurt Busch, whose team elected to change right-side tires first unlike everyone else.

Larson, Wallace and Byron race their way into the All-Star Race