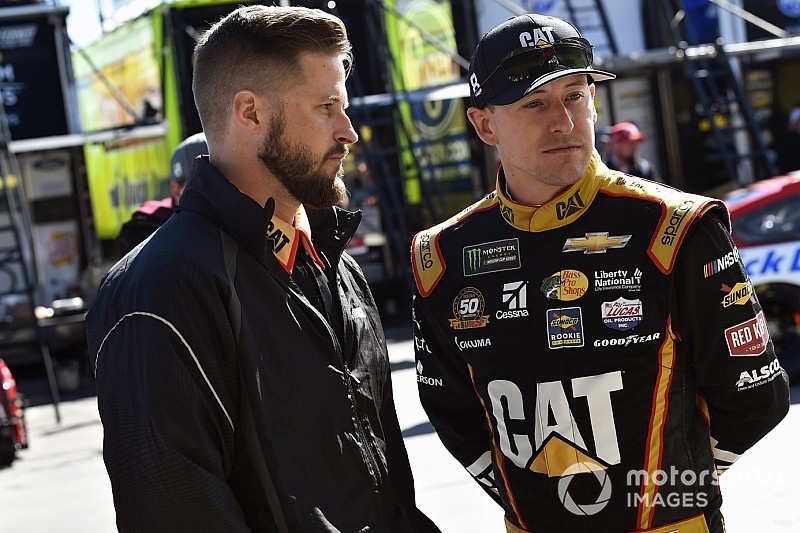 Richard Childress Racing rookie Daniel Hemric puts his No. 8 car on the pole for the All-Star Open.

Daniel Hemric had a reason to smile Friday at Charlotte Motor Speedway.

After being fastest in practice Friday, Hemric won the pole for the Open with a fast time of 29.643 seconds (182.186 mph) with Michael McDowell starting alongside.

“This right here is success for what we had to do today,” said Hemric. “I felt like we’ve brought fast cars to the race track with plenty of speed. What we need to work on is finding that perfect balance in race conditions.”

McDowell followed with a lap time of 29.797 seconds for second with William Bryon third with a fast time of 29.819.

Hemric, who has only scored one top-five finish in 12 Cup Series starts this season, grew up in nearby Kannapolis, N.C. and was happy to win the pole and have a chance to race his way into the All-Star race in his rookie season.

“I grew up racing here and trying to get in the All-Star race in a Cup car is like a dream come true,” said Hemric.

The Open race winner and winner of each stage will race their way into the All-Star Race on Saturday night.