Clint Bowyer on third-place at Atlanta: "That's what it takes" 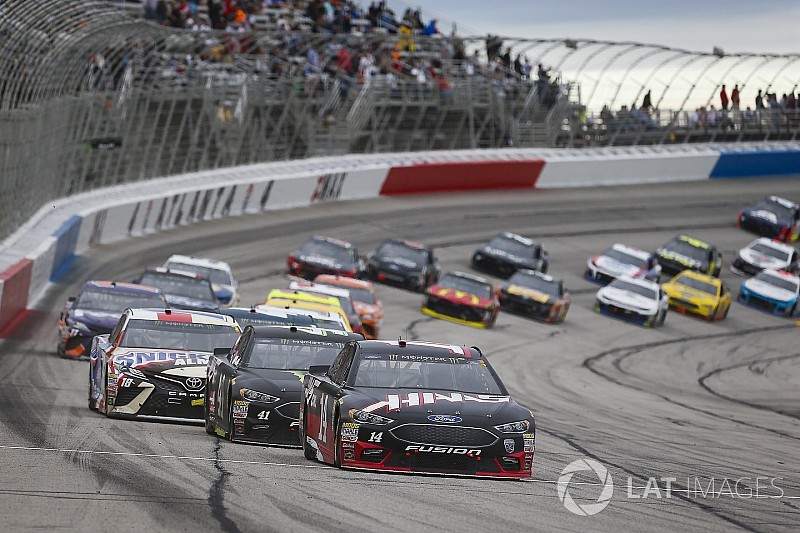 Clint Bowyer remains without his first victory with Stewart-Haas Racing but he may have found something just as valuable in Sunday’s race – consistently fast speed.

Bowyer was in the mix up front at Atlanta Motor Speedway nearly from start to finish of Sunday’s rain-delayed Monster Energy NASCAR Cup Series race.

The hardest part was trying to keep up with his SHR teammate, Kevin Harvick, who dominated the field on his way to the victory.

“I said it all off-season. What we have to do is get more consistent, know what I mean? Over the course of my career, that’s kind of what’s kept me in the game is consistency, and last year we were spraying it all over the place,” Bowyer said following his third-place run on Sunday.

“We’d have a good run and back it up with a bad one or two bad ones and then a good one. We were all over the place.”

Bowyer’s No. 14 Ford was one of the few to keep pace with Harvick and fellow Ford driver Brad Keselowski, both of whom ran up front most of the race (aside from a Harvick pit road miscue at one point).

Sunday’s run was especially important to Bowyer and his team after a tough start to the season last weekend at Daytona International Speedway. He still came away with a 15th place finish.

“We were at the big dance last weekend and dropped a cylinder, and everybody was dejected and bummed out, and we come here and unload four fast cars and did a great job as a company,” Bowyer said.

“That’s what it takes. You’ve got to be able to unload good cars and then work together to fine tune them to make them good for the race and enjoy that strength in numbers. That’s certainly what we had going on this weekend.”

Fellow SHR teammates Kurt Busch and Aric Almirola, in his first season in the No. 10 Ford, finished eighth and 13th, respectively.

Bowyer said he got an inkling of what was to come in Sunday’s race but watching Harvick also dominate Saturday’s Xfinity Series race at Atlanta, which he also won.

“You watch the Xfinity race yesterday, you know it’s coming. He’s good at getting his cars set up. He knows what he needs to be able to run that line. And I mean, you see it. Everybody can start running that, and by the time the long run happens, they've got to move around or they get to bobbling and bouncing around and get inconsistent.

“He’s just able to keep the consistency down lap after lap down there and pull away from the field.”

This time, though, Bowyer wasn’t far behind.