"Everything" has changed for Daniel Suarez in 2019

Daniel Suarez isn’t starting from scratch in his Monster Energy NASCAR Cup Series career, but in many ways he is starting over. 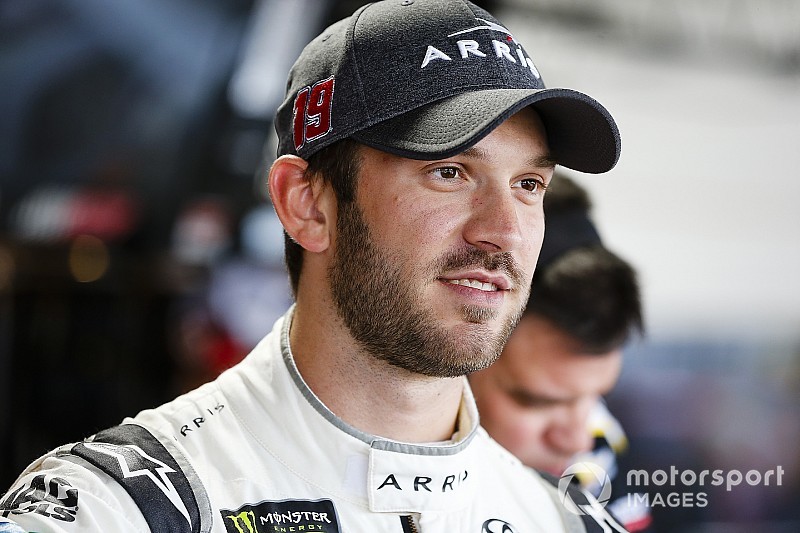 Suarez doesn’t have an extensive NASCAR resume but his relatively short but successful tenure has been entirely at Joe Gibbs Racing, including winning the Xfinity Series championship in 2016 and becoming the first Mexican-born driver to win a NASCAR national series race.

On Monday, Stewart-Haas Racing announced it had hired Suarez to drive its No. 41 Fords in the Cup series beginning this season.

The 2019 season will feature a new start for the native of Monterrey, Mexico, in many ways – a new team, a new rules package in the Cup series that could drastically alter the style of racing and a new race car, as Ford introduces its Mustang to Cup series competition.

“Somebody asked me what is different from last year to this year. For me, it’s everything,” Suarez said. “The rules package, the team, the race car, everything, so I’m excited. It’s going to be a little challenge to adapt to everything, but I feel like it’s going to be something that’s good for me.

“It’s some new fresh air for myself and it’s going to be good to be able to have a good opportunity with a team like Stewart-Haas Racing and go out there and do what I have to do, which is drive fast and drive race cars. I’m excited for the opportunity.”

Suarez, 27, spent the last two seasons in the Cup series with Joe Gibbs Racing after winning the Xfinity title in 2016. In 72 starts, he finished with four top-five and 21 top-10 finishes and won one pole. His career-best finish was second at the July Pocono race last season.

He was thrust unexpectedly into the Cup series at the start of the 2017 season when JGR veteran Carl Edwards elected to retire.

With the shutdown of Furniture Row Racing at the end of last season, JGR elected to bring in 2017 Cup champion Martin Truex Jr. to drive its No. 19 Toyotas, leaving Suarez without a ride for 2019.

“I had a great time in the last four years racing with a good organization like Joe Gibbs Racing. We did good things together winning races and winning a championship in the Xfinity Series,” Suarez said.

“The move to Cup was a little bit unexpected, but that year was a good year for us in 2017. Our expectations were high in 2018 and we didn’t do a good job as a team of getting to those goals and getting those results.

“I feel like a fresher start in the Cup Series and knowing the people and having a little more consistency people-wise and knowing what to expect and how to work with a good team, I feel like that is going to help me a lot.”

Suarez isn’t wasting any time getting started. He will represent Stewart-Haas Racing this week at a two-day Goodyear tire test at Auto Club Speedway in Fontana, Calif.

“So far, everyone at Stewart-Haas Racing has made me feel like home,” he said. “We’re going to have our first test at a race track later this week, so I feel like a lot of good things are happening so we can perform well on and off of the race track.”

The rising star that stunned a NASCAR champion