After staying out on old tires for the final restart, David Ragan hoped for a top-10 but quickly fell back through the field. 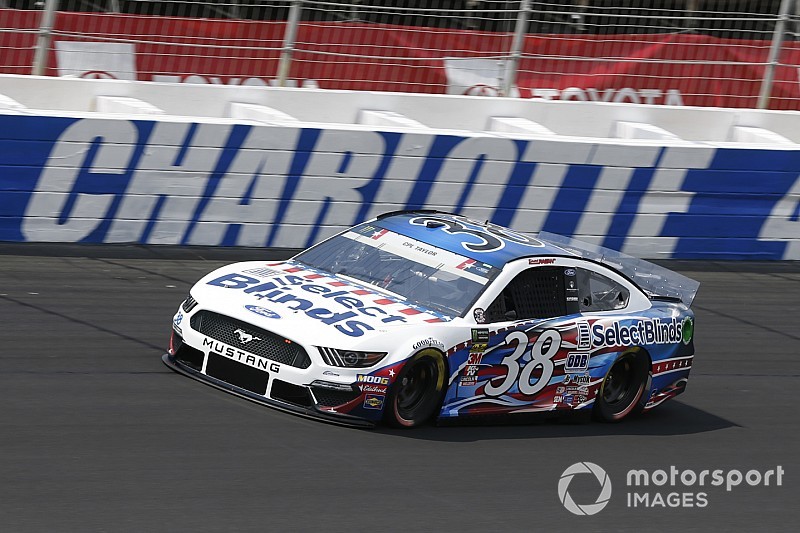 David Ragan decided to stay out for the final five-lap sprint to the finish in the Coca-Cola 600, restarting with the race lead but ultimately falling down to 15th in the finishing order.

“That was the best mile-and-a-half car we’ve had in a long time and we just ran out of tires,” said Ragan.  “I had some damage from that Kyle Larson wreck with about 30 or 40 to go. We used an extra set of tires and we didn’t have any.

“We had some (tires) with about 20 laps on it, but I felt like if I could have got a good restart I would be able to hold them off.”

Ragan also reacted to being asked about pulling over for the eventual race winner Martin Truex Jr. on the final restart.

“No, absolutely not,” said Ragan about being asked to move on the final restart. “We were doing all we could. You never know. I mean, those guys could get back there body slamming and I could have gotten a five or 10 car length lead.

“You just never, never know what may happen on a deal like that.”

Ragan restarted alongside Ryan Newman but was passed on the back stretch on a daring four-wide move by Truex who took the lead and went on to win the race. “I felt like I hit my marks on the restart good. I got through turns one and two and was leading down the back straightaway and that’s all you can ask for.

“It helped that Newman was on two tires underneath me and he kind of held them up a little bit, but five laps was just too much.”

Ragan, who scored his best finish of the season with Front Row Motorsports, was happy that his car held up in the race that featured 16 cautions.

“Our Select Blinds Ford Mustang was a top 10 or 12 car a lot of the night,” said Ragan. “We had some trouble on pit road and felt like I had to pass a lot of cars often throughout the night, but our team did a great job preparing a good car.

“If (final restart) would have been two or three laps, we could have got a top five or top 10, but once all the dirty air got around we just didn’t have the grip to hang on there at the end. But that was fun. It was a fun 600-mile race and we learned a few things that will hopefully help us for down the road.”

Kyle Larson: Backstretch pileup “was all me”

After 'rough start,' Joey Logano gets a shot at Coke 600 win