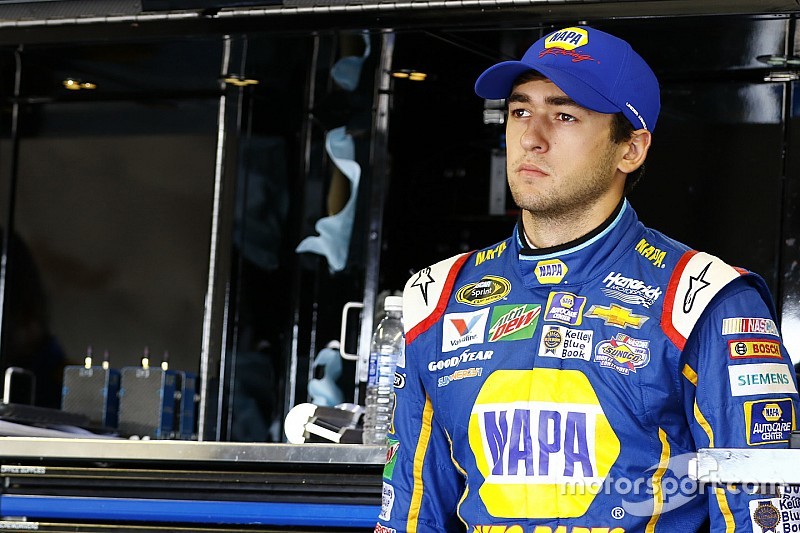 Let there be no doubt, Chase Elliott will not accept anything less than what he thinks is possible, regardless of whether it’s his rookie season in the Sprint Cup Series.

“Not a good day, nope, not a good day,” Elliott said emphatically at his No. 24 Hendrick Motorsports Chevrolet after finishing as runner-up to race-winner Joey Logano Sunday at Michigan International Speedway.

Elliott led on a restart with 47 of 200 laps remaining but missed a shift, which cost him several positions on the track. He had moved back to second to challenge Logano on restarts with 34 and seven laps remaining, but could not get close enough to attempt a pass for the lead.

Also hampering Elliott down the stretch was the fact his team did not get all of the gas in from the second gas can on his final pit stop on Lap 150. The final caution with 10 laps remaining cleared up that issue.

The finish was Elliott’s best in the series in just 20 career starts and his 11th top-10 finish this season – only Kurt Busch (13) and Kevin Harvick (12) have more.

But the 20-year-old son of NASCAR Hall of Famer Bill Elliot does not like to see the opportunities for wins slip away.

“We’ve been working so hard the past few weeks. That one was on me,” Elliott said curtly.

Asked if he was aware of the fuel situation, Elliott said, “I figured everybody was close.”

“We needed those cautions. We gave Joey a run there and got it down under a second. If we had gotten it a little closer, I would have let Chase go and took a chance,” Gustafson said. “But I had to back him down with about 15 (laps) to go.

“That caution came out at the end and then we had enough to go.”

Asked if Elliott’s missed shift was a “game-changer,” Gustafson said, “We lost the lead there but I think he’s too hard on himself. There are some situations behind that. It’s a little bit different and I understand why it happened.

“He’s a really good kid, he’s a really good race car driver and nobody’s perfect. I hate he’s so hard on himself. I’d like to see him take a moment to enjoy this. I don’t think Joey could have passed us and we definitely weren’t going to pass him.

“We lost it there but he did a good job of getting back to him.”

NASCAR admits some of Kyle Busch's marketing criticism is fair