Kevin Harvick: "We have the most stable team in the garage" 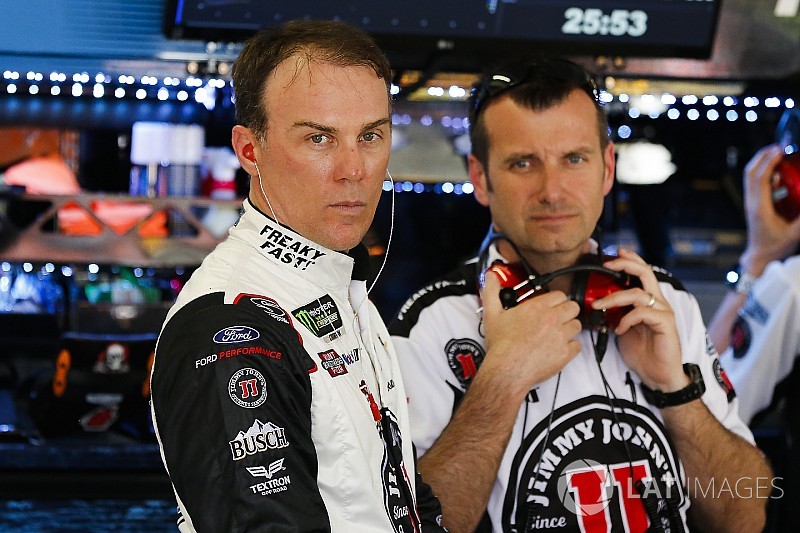 Kevin Harvick says there is no secret to the success of his No. 4 Stewart-Haas Racing team on intermediate tracks.

“In the end, it is all about good people.”

But Harvick’s success on intermediate tracks actually dates to his arrival at SHR with crew chief Rodney Childers in the 2014 season.

Much of last season SHR was battling through changes as the organization moved from the Chevrolet to the Ford camp.

“We did switch manufacturers last year and it took some time to get everything situated and where it needed to be. I think once the playoffs started last year you really saw where the cars were and the increase in performance, especially on the 1.5 mile race tracks,” Harvick said.

“It just took us some time. When you see what Stewart-Haas Racing has done with Ford, we still haven’t reached the potential of where we can be, in my opinion. I think that is the biggest reason we made the switch- the potential of the resources and things that come with the partnership with Ford.”

Between Harvick and teammate Clint Bowyer, SHR drivers have won four of this season’s first six races and all four drivers are 11th or higher in the series standings.

Harvick said SHR and his team’s stability has never been in question since his arrival in large part because of the financial backing behind the organization.

“It is something that I think as you look at that long-term commitment that Ford made and Gene (Haas)’s commitment from a financial standpoint of building the team and keeping it where it is at and then you start putting people in different places and they wind up having been there for a number of years,” he said.

Bowyer, in his second season driving for SHR, agreed.

“I think they’re probably more stable then when I walked in the door last year. I thought that last year. You just don’t have turnover,” Bowyer said. “When you really think about that and look at the employees, they’re employees that wanted to go over there when it was established with Tony (Stewart) and they’re still there today.

“That speaks volumes of the ownership, leadership, management, all the way down to the drivers, partners on those cars. It really just feels like family.”