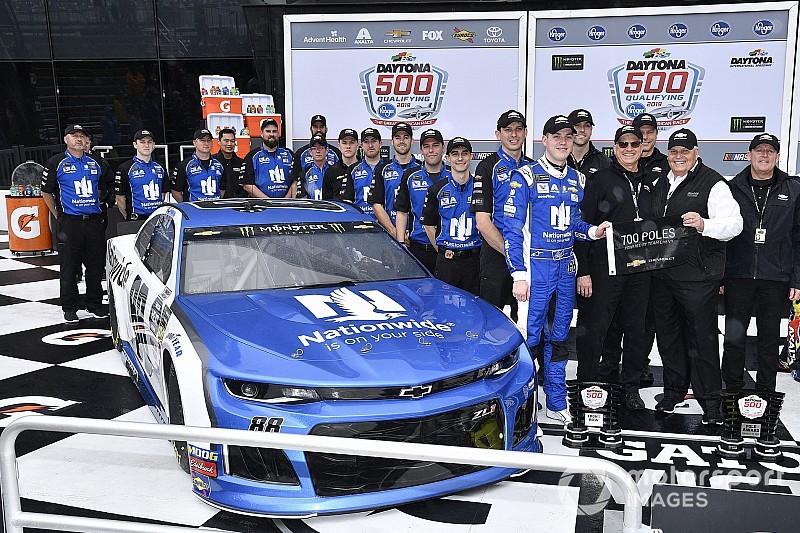 Over the next several months on Motorsport.com, Monster Energy NASCAR Cup Series driver Alex Bowman will occasionally share a first-person diary, giving fans a behind-the-scenes look at his life both on the track and off.

The biggest thing for me in the offseason was to identify my weaknesses and try to get stronger at them, whether it was maximizing my time on pit road or little things like that. On the race track you’re so limited for the most part to what your race car is going to do. If you have a 15th-place car and you run 12th, you did awesome. It can be frustrating at times but that’s just kind of the way the sport is.

I’ve always felt I am a perfect example of that. I went from running 35th to fifth just by changing race cars. I think the little areas I can improve on are small things, like on pit road, maximizing situations on the race track, being aggressive on every restart and stuff like that.

So, I’ve been working on stuff like that as well as working out more, more physical fitness, working on my vision. Working with Josh Wise has been really cool. He’s got an interesting perspective on everything. He kind of has me enjoy doing it instead of dreading it.

Aside from being sick, I’ve never felt bad in a race car or felt like I was falling out of the seat or felt like I was doing a bad job because of my fitness level, but I honestly think there is so much perception around it. If your team sees you’re working hard and they see you getting every ounce of what you can possibly get, I think it tends to make people feel better about working harder for you. That’s a lot of it.

Working with Josh, me being in better shape isn’t going to hurt, right? Josh is like one of my childhood heroes. I was such a spring car/midget fan and he was so good. I’ve known Josh since I was probably nine years old so to be able to work out with him, has been really cool. He’s shown me a lot of cool stuff. I think he has definitely improved my life both inside and outside the race track.

I’ve worked out with some people where the first thing they do is send you on a four-mile run and they want you to run 30 miles within a certain amount of time. They are at such a high level, they just expect you to catch up really quickly to them but they set high expectations early on and expect results in days. Josh has been pretty cool as far as getting started and motivating me in a good way. I think the personal relationship that I have with him really helps that.

I’m definitely in better shape and hopefully that makes a difference. It’s hard to deny that Jimmie (Johnson) being as good as he is, is related to being as fit as he is. Hopefully there is something to that. There is a lot of stuff outside of fitness that I’ve worked on with Josh, including working on my eyes.

One year later and I’m back at Daytona and back on the front row. It’s really cool for the race team and all the guys that work their butts off on these cars all winter long. As the race car driver, there isn’t much you can do here other than mess it up. It all comes down to the race car that your race team has brought you. For Hendrick Motorsports to be first through fourth (in qualifying) is really neat. I wish we were on the pole – one spot better would be nice.

Our Clash car was a little down on speed but it drove really well. Our 500 car obviously has a lot of speed but it’s set up very similar to the Clash car. I think it can keep that speed but still handle well. Daytona is all about compromise. How fast do you want your car to be in single-car runs but how bad can you deal with it while driving? I think it’s going to have really good speed and drive really well.

If we can all work together at Hendrick and out-smart some of the other guys and hopefully stay up front, that’d be great. You see a lot of manufacturers working together and we haven’t done as good a job of that as the other manufacturers. Hopefully, we can get our stuff together, be able to do that and pick up a win on Sunday.