MOORESVILLE, N.C. (July 29, 2013) - Two-time NASCAR Camping World Truck Series (NCWTS) champion Todd Bodine will make his debut for Turner Scott Motorsports (TSM) at this week's Truck Series event at Pocono Raceway. Bodine, who captured both the 2006 and 2010 NCWTS titles, will pilot TSM's No. 30 entry, the same truck number he drove to both championships. The No. 30 Chevrolet Silverado will be crew chiefed by Jimmy Villeneuve and sponsored by Whelen Engineering/Team Fox for the one-race deal.

Bodine, who will be making his 220th NCWTS start this weekend in Pocono, has tallied 22 wins, seven poles, 92 top fives and 124 top 10s in his illustrious career. The Chemung, N.Y. native made his first NCWTS start in the series' debut season in 1995, running his first full-time season in 2005. Bodine has three previous NCWTS starts at Pocono Raceway with two top-10 starts and two top-15 finishes to his credit. The 49-year-old also has 15 NASCAR Sprint Cup Series starts at the Tricky Triangle, where he's earned one pole and two top-10 finishes.

The No. 30 truck has competed in five previous events this season. Kyle Larson drove the No. 30 Chevrolet Silverado to TSM's first win of the season at Rockingham Speedway in April, in addition to earning the team a runner-up finish last week at Eldora Speedway. Ryan Truex, Nelson Piquet Jr. and Cale Gale have also been behind the wheel for one event each in 2013. 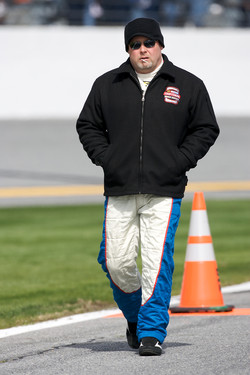 "I am very excited to have the opportunity to drive for Turner Scott Motorsports," said Bodine. "It's not very often that you have the opportunity in a one-off race situation to drive for an organization and team that has continued to have such great success. We're very happy to have Whelen Engineering and Team Fox on board. Owner Sonny Whelen has been a family friend for a long time and has been a big supporter of the Bo-Dyn Bobsled Project and the Onion Slice Open since day one. He knows how important the race at Pocono is to me, and when he found out we didn't have a ride for that event, he stepped up to make it happen. Unfortunately, he has recently developed Parkinson's disease, and has become very involved in Team Fox for Parkinson's Research. We're very proud to have both organizations on the truck, and I'm also very excited to be returning to the No. 30, which has meant a lot to my career."

"We're very happy to have two-time champion Todd Bodine behind the wheel of one of our trucks," said team co-owner Harry Scott Jr. "Todd has been one of the strongest competitors the Truck Series has ever seen, and he is a true example of a series veteran. This is a big weekend for Todd with Pocono being the home of the Onion Slice Open, and we're proud to be a part of it."