Gaughan confident ahead of Road America: "I plan to win that thing" 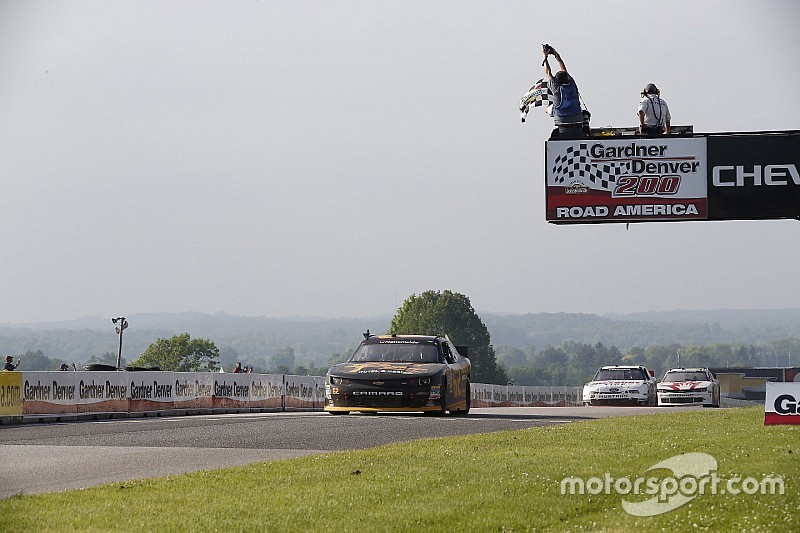 Brendan Gaughan could use some security in his quest to make the NASCAR Xfinity Series playoffs this season and he knows right where to find it.

After a 30th-place finish at Bristol (Tenn.) Motor Speedway last weekend, Gaughan dropped to 12th in the series standings, the final playoff spot with four races remaining in the regular season.

The good news? Sunday’s Johnsonville 180 is at Road America, Gaughan’s favorite race track and the site of his 2014 series victory.

“Looking at the big picture, (Bristol) put us on the bubble, 43 points to the plus side for the playoffs,” Gaughan said. “Fortunately, next week’s race is the one I have been looking forward to. What we lost (at Bristol), we can easily gain back at Road America.

“I plan to win that thing.”

Gaughan has performed well at both previous road course events this season. He was in contention to win at Mid-Ohio before being run off the track on a late restart but still finished seventh. He was ninth at Watkins Glen.

In five starts at Road America in Richard Childress Racing’s No. 62 Chevrolet, Gaughan has one win, three top-fives and an average finish of 6.6, which leads all series drivers.

“I’ve said since I was 16 years old that Road America is my favorite road course in the country. It’s such a technically, fundamentally sound race track,” Gaughan said. “If you’re teaching road racing, Road America has everything.

“It is the most fundamentally sound teaching road course in America.”

Being successful at Road American is no easy task, as the races – whether run in the rain or not – seem to produce some of wildest on-track action of the season.

That may be why Gaughan enjoys it so much and has performed so well there.

“It’s stupid-fast. We all talk about Watkins Glen being the superspeedway of road courses – and it is because of the style of turns it has – but on brute strength, Road America has it all,” he said. “It’s bad to the bone.

“I love that we race there. I hope we race there forever now. I hope it becomes the staple of this Xfinity Series, I don’t even care if they bring the Cup Series here.”

NASCAR Roundtable: Will there be a surprise winner at Road America?

Evolution of the pit stop - the Rainbow Warriors