Fresh off first NASCAR title, Todd Gilliland to compete for two more in 2017 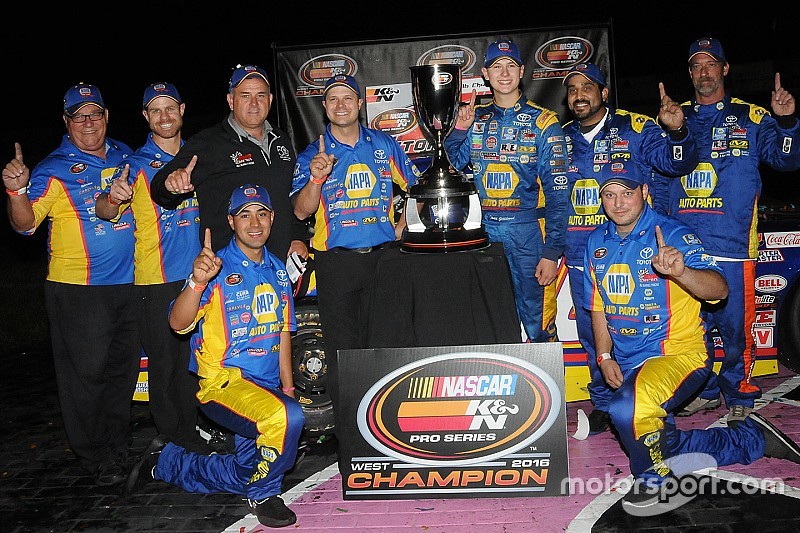 Thanks to a change by NASCAR in how it will score the annual K&N race at Iowa Speedway, it is now possible for drivers to compete for the K&N East and West titles in the same season and Gilliland plans to take advantage.

“This is a great opportunity to take the next step in my racing career,” Todd Gilliland said in a statement. “We want to build on the success we had in the 2016 season.

“It’s a big move to compete for points in both divisions. I look forward to the challenge and I’m thankful to BMR, NAPA, Toyota and our other great partners for making this happen.”

At 16 years, five months old, Gilliland became the youngest series champion in NASCAR history this year, behind six victories and 11 top-five finishes in 14 races in the West division. Gilliland also won once in the East division in 2016.

“We had a remarkable year with Todd in his rookie season,” said BMR President Bill McAnally, who has won a record seven K&N West championships as a car owner. “Expanding our program to take on both divisions is aimed at continuing his development.”

Gilliland will continue to be sponsored by NAPA Auto Parts and Toyota in 2017.