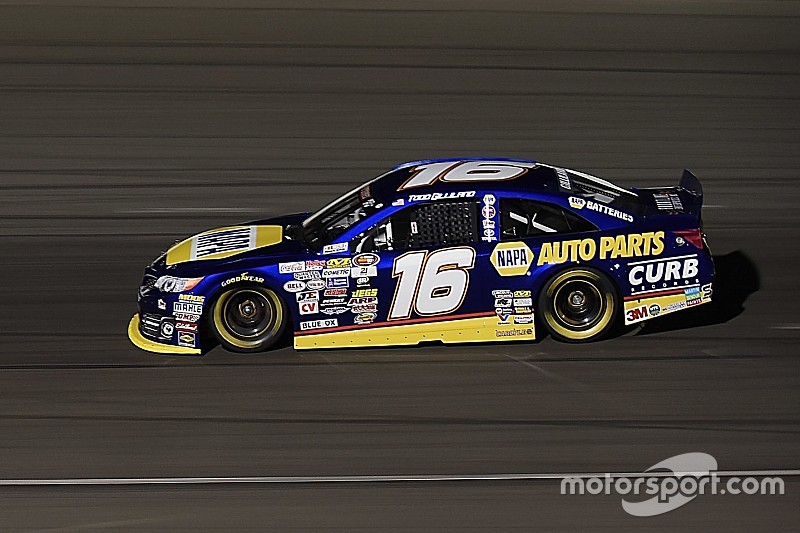 From honoring NASCAR legends like Tommy Houston and Ernie Irvan to popular New Englanders such as Dale Shaw and Mike McLaughlin – many cars will feature throwback paint schemes for the K&N Pro Series East race.

Move over Darlington Raceway, you’re not the only track to host a NASCAR throwback weekend this year. Thompson Speedway Motorsports Park will host the NASCAR K&N Pro Series East for the Busch North Throwback 100 on Saturday.

Many teams have dedicated paint schemes to honor and recognize previous drivers, teams and sponsors that participated in the Busch North Series years ago. The K&N Pro Series East was formed in part from the former BNS that held races mostly in the northeastern US in the early 1980s and into the 1990s.

Among the teams participating is Martin-McClure Racing with drivers Hunter Baize and Jared Irvan.

Baize will drive the No. 13 car paying tribute to his car co-owner Eric McClure and his longtime NASCAR Xfinity Series sponsor Reynolds Wrap, while Irvan will feature the No. 4 car honoring his dad Ernie who drove the iconic Kodak paint scheme when he drove for Morgan McClure Motorsports. The elder Irvan featured the car from the pole position in a Busch North Series race at Watkins Glen International in 1993.

Other drivers sporting memorable paint schemes honoring drivers from that era include NASCAR Next driver Chase Cabre, who will run the No. 6 instead of his usual No. 4 in honor of Tommy Houston, the Hickory, North Carolina, driver who won during the inaugural 1987 season at Stafford.

K&N West points leader Todd Gilliland’s No. 16, which already features the iconic NAPA paint scheme, will carry the name of Stub Fadden, who started more than 200 series races, in honor of the longtime driver of the No. 16 NAPA machine.

NASCAR Drive for Diversity member Ruben Garcia will move to the No. 03 to recognize Rogelio Lopez, who in 2005 became the first Mexican driver to win an oval race in the series.

Chase Purdy’s No. 17 will honor Dale Shaw, the 1994 champion, and defending NASCAR Whelen Modified Tour champion Doug Coby will be making  his first K&N Pro Series start driving the iconic No. 43 that fans will recall was the ride of Mike McLaughlin, a seven-time K&N race winner including one victory at Thompson.

Ted Marsh's No. 31 Whelen Engineering ride, which like the No. 16 NAPA, hasn't changed much over the years, will sport the name of Marsh's first driver in the series, Ted Christopher.

Justin Kunz: "I can't wait to race in NASCAR at Hockenheimring"