A restart violation nearly cost Noah Gragson a win but another put him back into contention Saturday at Sonoma. 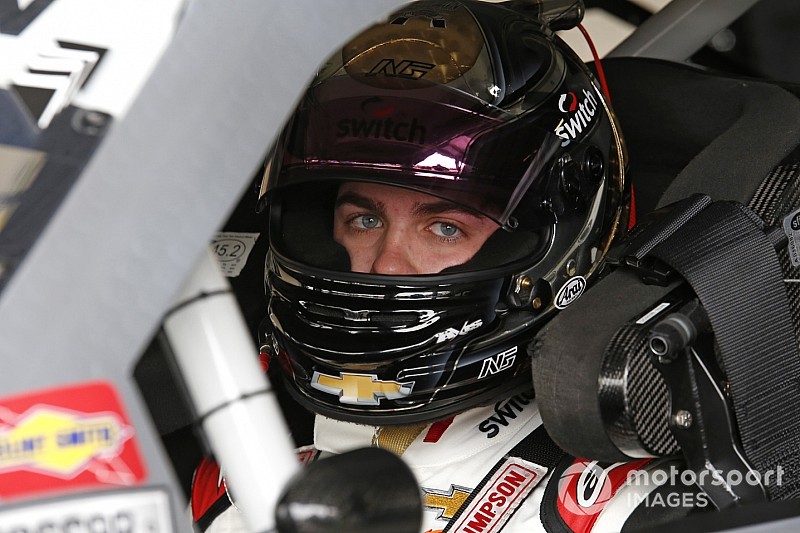 Gragson clearly had the best car in Saturday’s NASCAR K&N Pro Series West race at Sonoma (Calif.) Raceway but he was assessed a restart violation on Lap 23 of 57 and forced to make a pass-through penalty on pit road.

Gragson rallied from the back of the field back with the help of a fast car and survived three overtimes to win the Procore 200 – his first NASCAR victory in over a year.

Gragson lined up third on the final and third overtime only to see leader Ryan Preece also penalized for a restart violation. By the time NASCAR had made the call, Gragson had already got around Daniel Hemric for second.

A wreck in Turn 11A brought out a caution on the final lap, which froze the field and secured the improbable victory for Gragson.

The win is Gragson’s seventh in K&N Pro series competition. His most recent NASCAR win came last May at Kansas Speedway in the Gander Outdoors Truck Series.

"It was a hell of a race there. It was a frustrating race. We led most of the first half and then had a (expletive) penalty there - I think we can all agree on that," Gragson said. "What happened at the end was an eye-for-an-eye I guess and we got back up there.

"It was a fun day to take home the trophy for Jefferson Pitts Racing. I wouldn't be here without these guys. I started my K&N series career with them."

Asked how he dealt with the frustration of the penalty as well as the repeated cautions near the end that forced the lineup to revert to the previous restart, Gragson said: "My spotter Brandon McReynolds kept me calm. We never gave up. Racing in the Xfinity Series this year has taught me you can't ever quit and you can't have a bad day if you're at the race track."

Asked how it felt to be back in a NASCAR Victory Lane after more than a year, he said, "It feels extremely good with everything that has been going on in my life. It's a good feeling to be back in Victory Lane. I love my family and I'm just thankful."

Hemric ended up second, Austin Dillon was third, Cole Custer was fourth and David Mayhew rounded out the top-five.