Reigning Dakar bikes champion Toby Price was robbed of a first major crown on four wheels by a rear gear failure on the Finke Desert Race.

A six-time winner in the Finke bikes class, Price opted to focus on four wheels at this year's running of the Aussie outback classic to aid the recovery on his injured wrist.

Running a Red Bull-backed Trophy Truck, Price and co-driver Jason Duncan made a perfect start to the event by shaving 3s off last year's pole time in the prologue.

They then dominated the first 226-kilometre leg from Alice Springs to Finke, holding a 7m44s overnight lead.

But the return leg ended in heartbreak for Price, a gearbox issue leaving his truck stranded at Bundooma checkpoint.

"At the end of the day there were some positives we can take from this week, we had good fun until it came to a screaming halt," he said. "The only negative was that we didn’t finish.

"We showed we had the speed and can drive, but some small issues went wrong and we broke a third member. Basically the rear gears and diff housing, we sheared them all off by the sounds of it.

"We lost drive to the wheels and that was it.

"I’m annoyed, we still had a seven-minute lead, but the main thing is the crew is safe and we’ll be back next year."

Price's failure opened the way for Jack Rhodes and David Pullino to seal a maiden King of the Desert crown in the cars category, a significant turnaround after rolling their Jimco buggy during the prologue.

Alice Springs local David Walsh took out his King of the Desert crown in the bikes class, the KTM rider with a five-minute advantage at the finish.

“Words cannot describe how I feel right now. I’m just happy to have my family and friends here to help throughout the whole year… they’re just amazing.

“The work that goes into this and the backing I get from my wife and family is insane, so I think it is all worth it.” 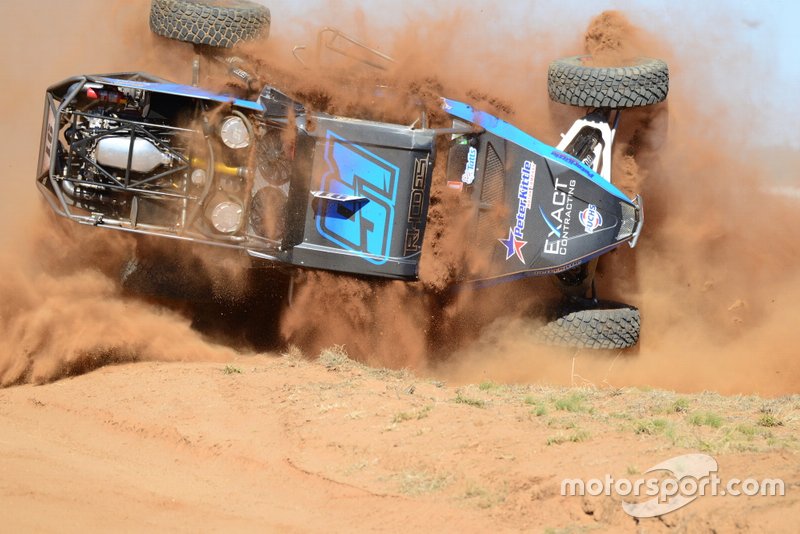