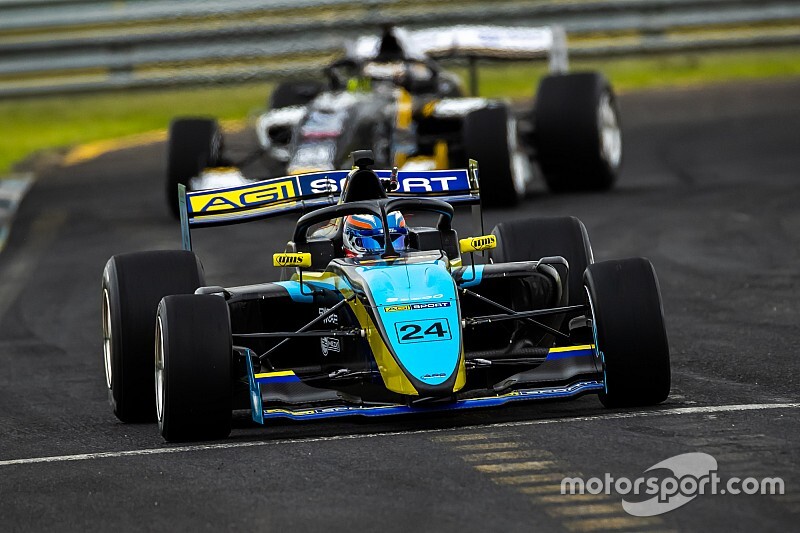 John Martin will start the first S5000 qualifying race from pole position, after edging Tim Macrow in qualifying at Sandown.

Through the convoluted qualifying format, topping the session didn't give Martin an automatic pole, rather the right to choose first in the grid draw for the first qualifying race.

Predictably he chose pole for today's race, which will be shown live on free-to-air TV in Australia, and will therefore start tomorrow's second qualifier from 10th.

Drivers faced tricky damp conditions to start the 20-minute session, most of the field first appearing on wet tyres.

Conditions quickly improved, however, Macrow swiftly taking control of the session once on slicks.

The practice pacesetter went quickest at the midway point with a 1m07.597s, before lowering the benchmark to 1m05.815s and then 1m05.225s as the session wore on.

With three minutes to go Martin made his move, a 1m05.127s putting him top.

Macrow did his best to hit back at the flag, improving on his time but still falling 0.13s short of Martin.

Macrow and Barrichello, who was third fastest, elected to keep their start spots, while Ricky Capo chose P6 after being fourth in the session.

That shifted James Golding up to fourth for the first qualifying race, Bart Mawer the big winner from the draw, picking fifth after actually qualifying 10th.

Matt Brabham chose to swap his sixth spot for ninth, he and Will Brown set to start tomorrow's second qualifier from the front row, the latter choosing 10th for today's race.

The Sandown S5000 races can be streamed live and free from anywhere in the world through Motorsport.tv.

WTCR set to move season finale out of Adria