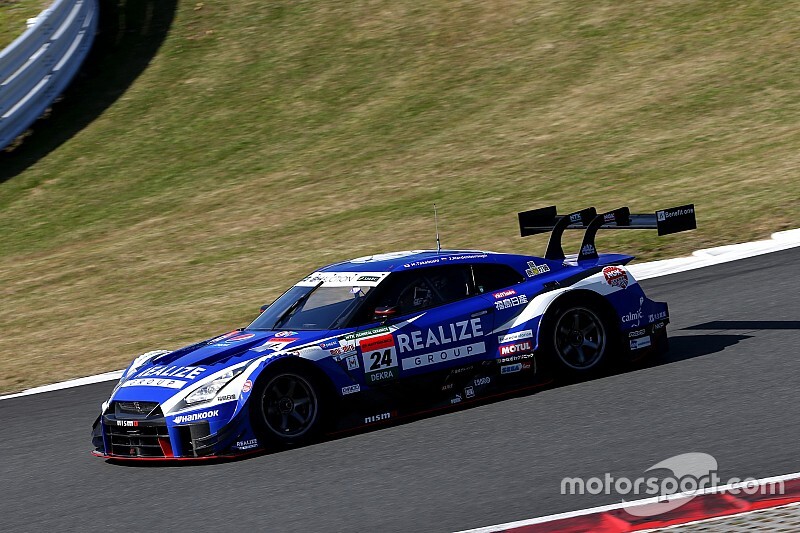 The SUPER GT x DTM Dream race and qualifying will be streamed LIVE and for free on Motorsport.tv free here.

Mardenborough set his best time of 1m47.733s in the morning's opening practice session, proving to be over 1.5 seconds quicker than the fastest DTM competitor in Audi's Mike Rockenfeller.

The session was repeatedly disrupted due to the torrential rain and fog, contributing to a lengthy delay when Team Mugen driver Hideki Mutoh crashed heavily at the slow Dunlop right-hander.

The damage to the front and rear of the car sent debris across the track and caused a 15-minute delay before Mardenborough sent his Kondo Nissan to the top of the times.

Conditions worsened in the afternoon and fog caused another red flag early in the session as lap times proved slower.

There was then a flurry of improvements in the last 10 minutes as the DTM and SUPER GT field swapped fastest times.

But in the final two minutes, Rast and Duval surged to the top with the 2019 DTM champion's time of 1m50.385s proving to be 0.493s clear of Duval and 0.947s ahead of the top SUPER GT runner in Tadasuke Makino aboard the Nakajima Racing Honda.

The DTM field was boosted by running in wet conditions that neutralised the aerodynamic advantage of the SUPER GT cars, as seen in the test sessions that Makino topped on Thursday.

Marco Wittmann, the only BMW factory driver in the manufacturer's line-up, was 14th as his teammates Kamui Kobayashi and Alex Zanardi placed 16th and 21st.

The three SUPER GT teams that experienced the Hockenheim DTM finale weekend last month showed the benefit of their experience of the Hankook tyre.

The Kunimitsu Honda squad did not perform as strongly in the second practice session, although Naoki Yamamoto is driving alone after Jenson Button took part in the Hockenheim weekend but was ruled out of the Fuji event by his Baja 1000 commitments.

Yamamoto would eventually place 20th ahead of only Zanardi, while the #16 Mugen Honda did not take part in the afternoon following Mutoh's morning crash.

Balance of Performance continues to be discussed by DTM parent company ITR and its SUPER GT counterpart GTA, but it has not been implemented so far.

The SUPER GT field has also now completed its four test sessions with the Hankook tyre and the DTM cars are unable to use DRS or push-to-pass in the Dream Race.

Why Fuji will mark the first true Super GT/DTM battle