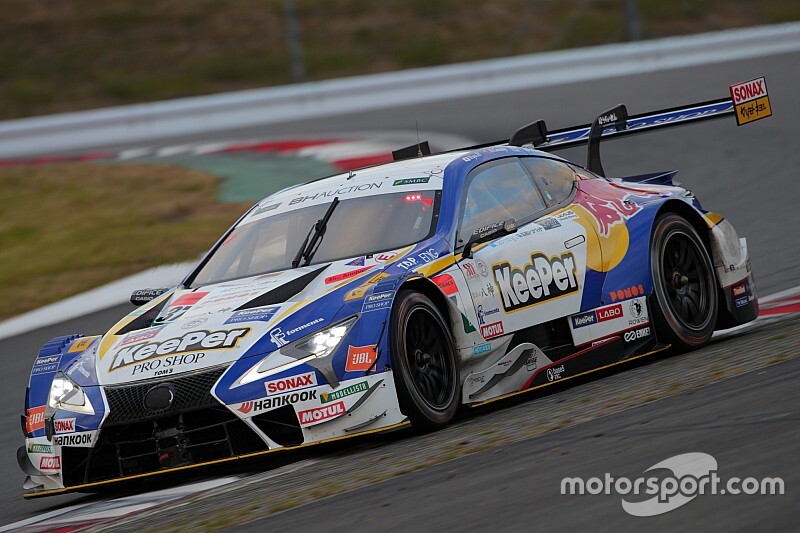 In wet conditions that were expected to favour the DTM cars, Cassidy placed his Lexus on pole position in the early phases of qualifying as worsening conditions prevented the majority of the 22-car field from making late improvements.

Cassidy, who raced at the DTM's Hockenheim finale and gathered crucial experience of the control Hankook tyre, drove his TOM'S Lexus to a 1m41.827s lap time.

That effort was enough to put him 0.331s up on Duval, who bar Rene Rast's impressive FP2 time-topping effort on Friday, has often been the lead DTM runner and has experience of racing in Japan as a SUPER GT and Formula Nippon champion.

The Kunimitsu Honda squad took part in the DTM's Hockenheim round also but with only 2009 Formula 1 champion Jenson Button racing.

With Button competing in the Baja 1000, 2018 Super GT champion Naoki Yamamoto is driving alone and has placed his Honda NSX-GT third on the grid.

A pair of Lexus LC500s, the Bandoh car of Sho Tsuboi and the second TOM'S machine of Yuhi Sekiguchi, completed the top 10.

Reigning DTM champion Rene Rast qualified in 14th, with the final Audi of Benoit Treluyer back in 16th.

BMW's Kamui Kobayashi, experiencing a DTM car for the first time this weekend, qualified in 18th but is under investigation for blocking a rival during the session.

Marco Wittmann was a lowly 19th in his BMW M4 DTM, with Alex Zanardi down in 22nd.

After a huge crash in opening practice for the Mugen Honda of Hideki Mutoh forced it out of the afternoon's running, it returned to the track to qualified in 21st.

That put it behind ex-Formula 2 racer Tadasuke Makino's Nakajima Racing Honda that had set the pace in Thursday's test running.