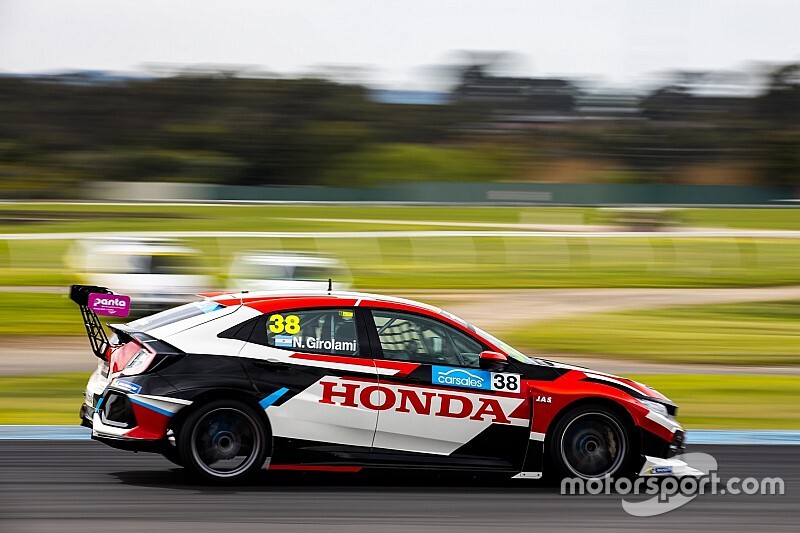 The factory Honda driver set out his stall in the opening 30-minute session, a 1m15.666s putting him eight-tenths clear of runaway points leader Will Brown.

In the second session the Argentine picked up where he left off in the first, pulling more than a second clear of the field with a 1m15.841s inside the first 10 minutes.

At the midway point in the session he dipped below his Practice 1 benchmark for the first time with a 1m15.659s.

Girolami then landed the hammer blow with a little over 10 minutes to go, a 1m14.163s leaving him 1.4s up as Friday action came to a close.

A last-minute Liam McAdam lap gave him the second-best time of the day, the MPC Audi driver having been just 11th quickest in the first session.

Qualifying kicks off at 10:15am local time tomorrow.

Watch all the Sandown TCR Australia action live and free from anywhere in the world thanks to Motorsport.tv.