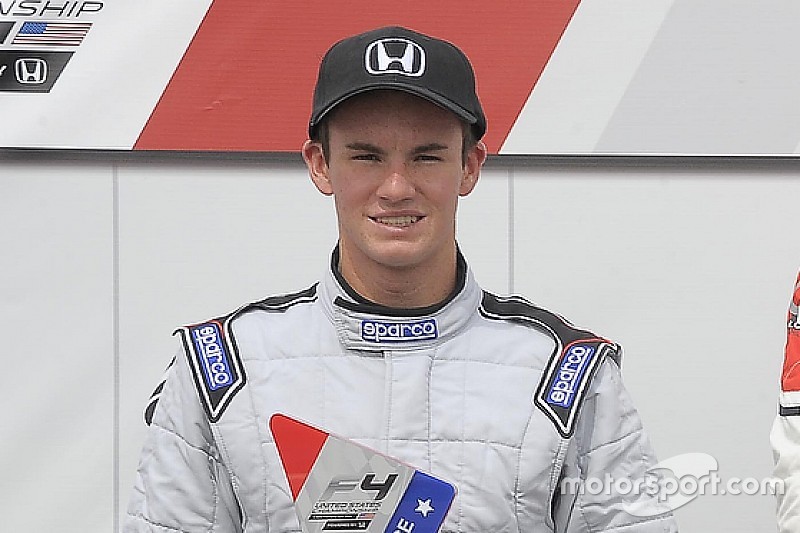 In 2017, Cape Motorsports ran 19-year-old Kirkwood to the US F4 title and has now brought him over to the MRTI to try and extend the team’s run of USF2000 titles to eight.

“We started this journey with Kyle over a year ago, with the objective to win the F4 Championship in 2017 – job cracked,” said Nicholas Cape. “Then, the plan going forward was to move Kyle into USF2000 for 2018 and challenge for the championship.

“A lot of things happened over the winter and we weren't 100 percent sure, as a group, that was going to happen. A big thank you to the people who have helped see this come to fruition, because without their support, I'm not sure it would have.”

Kirkwood, a two-time Team USA qualifier for the Rotax Grand Finals in karting, has also been a winner at the prestigious Superkarts! USA SuperNationals in Las Vegas. In 2016, he and Oliver Askew – Cape’s latest USF2000 champion – were the Team USA Scholarship winners.

Last year, Kirkwood dominated the F4 US Championship, winning nine of the 20 races with Cape Motorsports and more than doubling the point total of the series runner-up.

He said: “It’s truly an honor to join with Cape Motorsports for the second year around. We had such a great 2017 season and to be able to keep that momentum rolling is awesome.

“It’s always tough learning a new car and a new series, but being with a team that I am very comfortable with and know so well will make the transition very easy.”