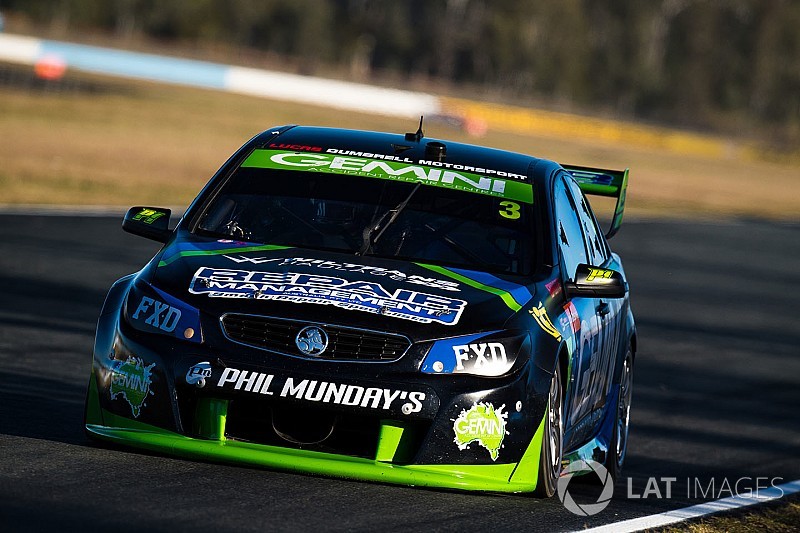 Alex Davison will drive for LD Motorsport until the end of the long-distance Supercars races in October, including another solo outing in Sydney this week.

The team has now opted to keep Davison on for at least the next four rounds, with another solo outing at Sydney Motorsport Park this weekend before an endurance role at Sandown, Bathurst, and the Gold Coast.

According to Davison, having a formal deal in place for more than a single race should help the minnow squad build some momentum, off the back of a pair of 26th place finishes from that last-minute call-up in Queensland.

“The best thing is being able to continue for more than one race meeting,” he told Motorsport.com.

“It gives us a chance to perform as a race team. We’ve done a little but of work between Ipswich and SMP, just the normal work you do debriefing from one event and preparing for the next one, but the team hasn’t had much of a chance to do that with drivers coming in and out. We’re hoping to maybe make a small step for SMP, and get amongst it a little bit.

“It doesn’t take long for the competitive instinct to kick in. I’m not different to anyone else, I don’t enjoy being uncompetitive. I had to remind myself to enjoy it and have fun in Ipswich, because I would have been on the couch if I hadn’t been there.

“We can now look to improve out competitiveness now it’s not just a one-off deal, but we’re doing five events in a row. That’s good motivation to get stuck in with the LDM guys and try and improve our performance over those five events.”

While he’ll be back in the #3 car for SMP, it’s not yet been decided where Davison will slot into the enduro line-up. Currently the team only has Davison and regular driver Alex Rullo locked in for the three long-distance races, while Aaren Russell has a deal in place for the Bathurst 1000.

Having missed out on the enduros last year, Davison says it was crucial to bag a deal this time around, and that the two solo starts he’ll head into Sandown with under his belt are a bonus.

“My first priority was to try and lock something down for the enduros,” he added.

“It’s great to have that locked down, it was disappointing to be on the sidelines last year, and I was afraid if that happened again it would be harder and harder to get a good drive again in the future. So I’m stoked to have a seat.

“With the revolving seat that car’s had this year, the opportunity is there to do another sprint round. It’s perfect preparation for the endurance races, much better than just doing a couple of test days.”

LDM is yet to lock down a fourth driver for the Sandown and Gold Coast events, and will also need a second driver for the New Zealand round before Russell takes over again for his hometown race in Newcastle to close to the season.